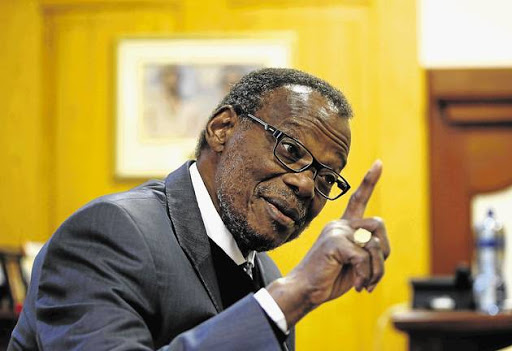 These are five noteworthy points from his message:

Attacks on foreigners an attack to the constitution

Pleading with South Africans to refrain from attacking foreigners, Buthelezi said these acts were a violation of human rights and the country's constitution. He said while some may think the constitution only protects South Africans, it protects everyone, regardless of nationality.

“Our constitution enshrines the right to freedom from all kinds of violence. That right applies to everyone in South Africa, whether citizens or not.”

Both sides are wrong

He acknowledged the complaints of foreigners and locals, saying issues need to be resolved in a non-violent way, as two wrongs don't make a right.

“In a situation of conflict, it is dangerous to tar everyone with the same brush. Even where there are valid complaints against an individual, we cannot take the law into our own hands. Assault is always wrong.”

We will pay for our actions

As already witnessed with football teams from Zambia and Madagascar pulling out of friendly matches against SA's national team and the country's businesses reportedly being targeted in Nigeria, Buthelezi said more can be lost. Sanctions against SA can be imposed, which will result in international conflict and cripple the economy.

“We have businesses and companies operating across this continent. We have vital trade within the African Union (AU) and the South African Development Community (SADC). SA is not an island.”

Buthelezi noted the history that exists between SA and other African countries, including Nigeria, Swaziland and Zambia, because of the country's pursuit of democracy, asking: “Is this how we repay them?”

He emphasised the importance of fair treatment of locals and foreigners. “I am not saying anyone should be able to live in SA if they come here illegally or they are illegally running a business. If they are committing a crime, they are criminals, like any South Africans would be for doing the same thing.”

Quoting Bible verses from Deuteronomy, Leviticus and Zechariah, which caution against the mistreatment of foreigners, Buthelezi pleaded with the crowd to be “led by our moral conscience”.

Gauteng has suffered widespread violence and destruction in the past week, leaving 11 dead, with seven directly linked to the protests. The violent protests started on August 28 2019 in Pretoria, before spreading across the country. Families of the deceased have been left distraught and the nation faces pressure from other African countries due to the ongoing xenophobic violence.

IFP president emeritus Mangosuthu Buthelezi on Sunday battled to quell tensions in Johannesburg as he spoke out against xenophobic violence.
News
2 years ago