WATCH | We have nothing: Hundreds of refugees face uncertain future after Katlehong xenophobia 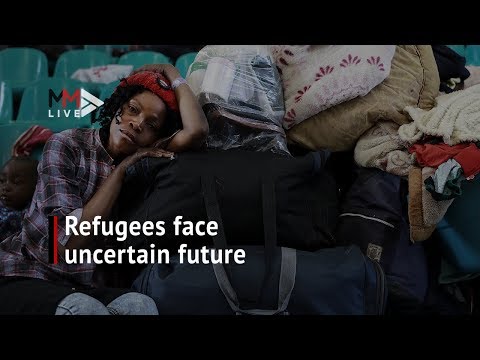 Katlehong experienced severe xenophobic violence from September 5 2019, the day on which two burnt bodies were found in the township.

Putrid smoke poured from Mandela township, while residents scoured the streets in search of foreigners, burning and looting property as they swept through the area.

“Someone was shouting, hey guys come out of the houses because these guys are going to kill you,” Luis Chauke, a Zimbabwean national recalled, describing the terrifying evening of September 6.

Chauke is one of hundreds of foreigners who have sought refuge in two local community centres in Katlehong. He says he's returning to Zimbabwe just like when he left three years before, with absolutely nothing.

Polite Moyo, another Zimbabwean, tells a similar tale of a frightening night-time escape. She had to abandon her belongings and any means of making a living.

The refugee centres are temporarily housing Africans from across the continent.

The government is assisting by providing food and clothing, aided by local churches. The situation left William Ntladi, the Ekurhuleni Emergency Services media liaison, with tears in his eyes as he described witnessing a young boy ask his father why he could not go to school.

Many of the refugees now face the daunting question of whether they should stay or leave. The threat of more extreme violence might be enough to drive them back to their homelands.

Buses are expected to transport those who decide to leave during the course of this week.