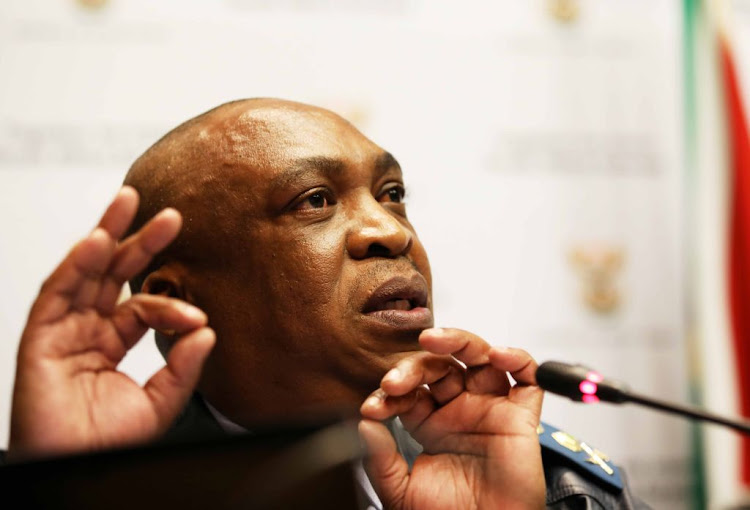 Major General Norman Sekhukhune at the release of the 2018/2019 crime statistics at the Imbizo Centre in parliament, Cape Town, on September 12 2019.
Image: ESA ALEXANDER/SUNDAY TIMES

South Africans are mostly murdered with firearms and then knives, on Sunday and Saturday nights, and after having an argument or a misunderstanding with their killer.

According to crime stats for the 2018/2019 financial year released on Thursday, the most-used murder weapon is a firearm, while the biggest cause of murder is an argument. The time people are most likely to get killed is on a Saturday night or in the early hours of Sunday morning.

Unidentified sharp instruments were among the top 10 tools used for murder. This was followed by the use of a stick, bottle head, body parts (hand, feet, etc), stones or bricks. The others were sjambok, panga (machete) and the use of fire. 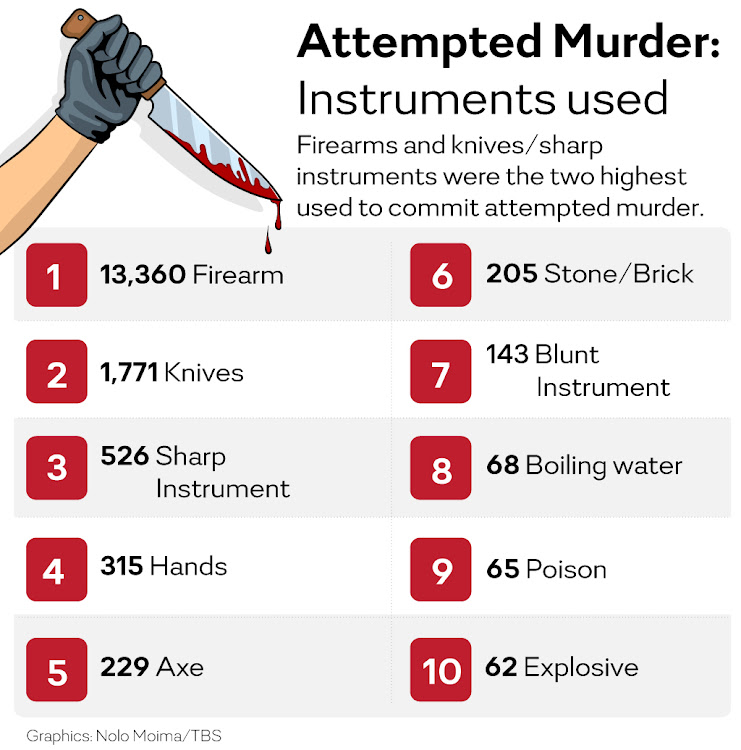 A total of 21,022 people were murdered in South Africa between April 1 2018, and March 31 this year. According to the statistics, there has been a 4.1% increase in attempted murder.

More than 700 murders were committed by children.

The three police stations with the highest reported murder rates were in the Western Cape: Nyanga, Delft and Khayelitsha, all with more than 200 murders reported at each. The Inanda station in KwaZulu-Natal had the fourth-most murders (209), followed by Philippi East in the Western Cape with 185 murders. 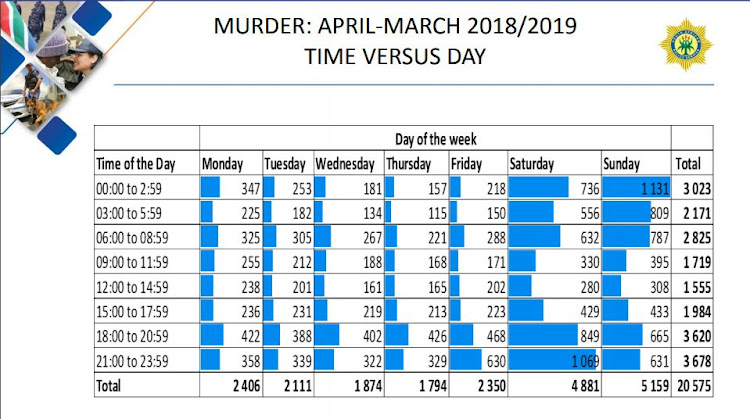 The days of the week when most murders are committed.
Image: SAPS

Out of the 30 police stations listed in the report, those with the lowest murder rate were Orange Farm in Gauteng and Kwadabeka in KwaZulu-Natal. Both stood at 95 murders.

As per the report, you are more likely to be murdered on the weekend than any other time in South Africa.

The time when most murders are committed, is on a Saturday or Sunday morning. South Africans are least likely to get killed in the early hours of a Thursday morning.

The biggest cause of murder is an argument and/or misunderstanding, followed by armed robbery, domestic violence.

Victims of gang violence (1,120 murders) and farm attacks (47 murders) were most likely to die by murder.

#CrimeStats | Gauteng is drunk driving capital - with 30,203 cases in a year

Drunk driving and driving under the influence of drugs or other substances has decreased in five provinces, according to the 2018/2019 crime ...
News
2 years ago

Women, here's how to defend yourself in a life-threatening situation