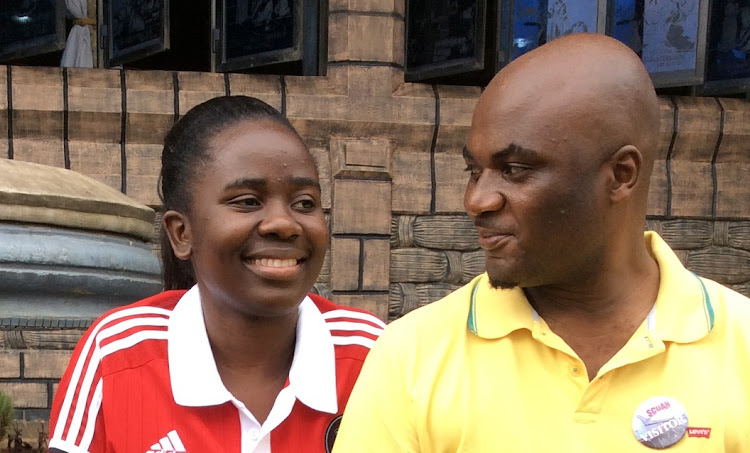 Veronica Mathebula and her husband, Lybon, the day before the church collapse.
Image: Supplied

Nine-year-old Malaika Kalambaie wept uncontrollably on Thursday as she told her mother about her wish to speak to her father.

Jean Louis Kalambaie and 87 other South Africans lost their lives when a guest house at evangelist TB Joshua's Synagogue Church of All Nations in Nigeria collapsed on September 12 2014.

Kalambaie's widow, Amina, 34, is among two of the victims' families who this week snubbed a R45,000 “gift” offered by the church to each family in memory of their loved ones.

In 2016, Kalambaie filed an R18m lawsuit in the high court in Lagos, alleging that the prophet and his church were negligent and had robbed her children of a breadwinner.

In July 2015, a coroner's inquest found the collapse was as a result of negligence.

Speaking from Zambia, Amina said she did not accept the money because “it doesn't feel right”.

“You cannot just send me an e-mail and say 'I want to give you a gift'. I'm a human being. You shouldn't just give people money; it just feels like we are beggars.”

“It doesn't feel right for people to just ignore you for all this time and then wake up and remember and want to celebrate with you,” she said.

“Nobody came [from the church] and said 'we are really sorry'. It seems that nobody cares.” 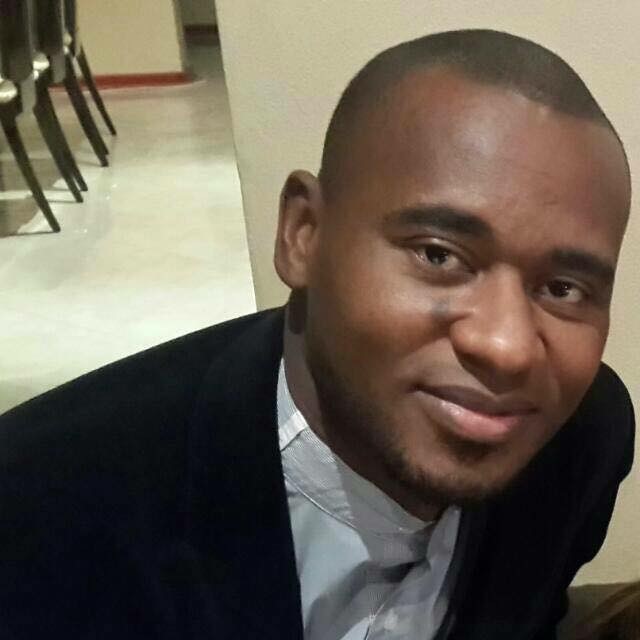 Her case for damages, which came before court in May, was postponed.

“I will need to one day look at my girls and say 'this is how your dad died and this is what I, as your mother, did to fight his battle'.”

She said she could not believe that five years after the tragedy her daughter was still “feeling the pain” of losing her father.

“I told her I understand her pain and she started crying. She told me, 'mom, you understand my pain but I just wish I could talk to him again'. I told her, unfortunately, there's nothing I can do.”

Amina said the most difficult part for her was not really knowing what happened, adding: “I don't even know who I buried; I didn't even see his last remains.”

Brian Mkhulisi, whose mother, Phumzile, was killed in the church collapse, is also adamant that he will not accept any “gift” from TB Joshua or his church.

“From my side, it will not bring any change. What will that gift do in my life? If they are giving us money, are they trying to buy us?”

His family went to the extent of commissioning private DNA tests to make sure the remains they were given were that of their 47-year-old mother.

Meanwhile, businesswoman Veronica Mathebula, 35, from White River in Mpumalanga, confirmed that the church had deposited R45,000 into her bank account on Tuesday.

“It was very thoughtful for the man of God to do that, though he didn't have to, because really he doesn't owe me or my family. It's a blessing for him to think of doing that for all of us. It's rare to find people who will give you money just like that.”

Her husband, Lybon, a civil engineer, was 36 years old when he was killed.

Blood on their hands

Chaos. Incompetence. Lies. As the first full picture of the horror of the Nigerian church collapse surfaces, South Africans are left wondering how ...
News
7 years ago

Mathebula, who was in another building at the church looking after her pregnant sister, Stella Nyathi, escaped unhurt. “I believe it was God's plan, because God wanted one of us to be there for our son, who was only nine months old at the time.”

One of the survivors of the horrific tragedy, Lindiwe Ndwande, who made world headlines after being trapped underneath the rubble for five days, said she thanked God every day for being alive.

The mother of three from Kempton Park, who runs and import/export business at OR Tambo International Airport, had just left the dining room when the building collapsed.

They call me the miracle woman

Lindiwe Ndwande survived being trapped under rubble for five days

On the fourth day under the rubble, she drank her urine because “my throat was very sore”.

For two years after the incident, she could not sleep with the lights off and was afraid of taking the lift to her office on the 10th floor.

“I have visited the church many times since the incident. They always call me, asking about me and my family. They call me 'the miracle woman'.”