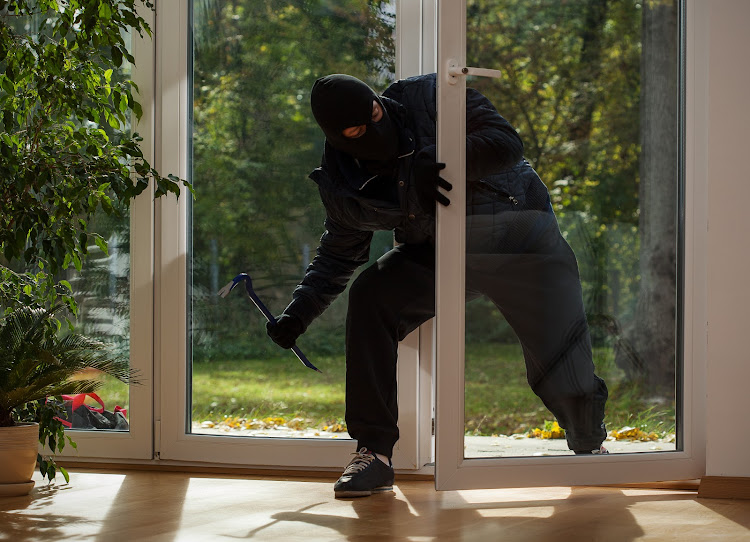 A man has been arrested and charged with cases of breaking and entering spanning from as far back as 2002. Stock Photo
Image: 123RF/Katarzyna Białasiewicz

He's allegedly been breaking into people's homes for nearly 20 years but a "most wanted" housebreaking suspect's crime spree in KwaZulu-Natal has finally run its course.

The 36-year-old man was arrested at a hideout in KwaMashu, north of Durban.

Police spokesperson Lt-Col Thulani Zwane said the suspect faced at least 15 cases of housebreaking in various courts in the province.

"A most wanted housebreaking suspect in Durban central has finally been arrested. Police officers from the Durban central field unit acted on intelligence ... and arrested the suspect at a house in KwaMashu where he was hiding out," he said.

"Police officers were in possession of a warrant for his arrest.

"The suspect was wanted for housebreaking cases that were reported from 2002, from Ethekwini up to Mandeni in the north and Scottburgh in the south.

Investigations are continuing to establish if the suspect is linked to other cases in the province.

Police shot one man dead and arrested four others during a shootout with a gang who allegedly robbed a jewellery store at the Mall of Africa on ...
News
2 years ago

The quick reaction time by police and assistance from a security company and farmers led to the arrest of three people at Wolmaransstad who robbed a ...
News
2 years ago