A video of seven-year-old Siphephelo Ndlovu of Nombamba Primary School in Bizana fluently reading a book has wowed online users, challenging statistics that laid bare the literacy level of pupils in the Eastern Cape province.

Siphephelo is one of the children gaining literacy skills through Nal'ibali's Story Powered Schools.

Nal'ibali, which has been running for over three years, sends storybooks to 718 schools in the rural areas of the Eastern Cape and KZN. 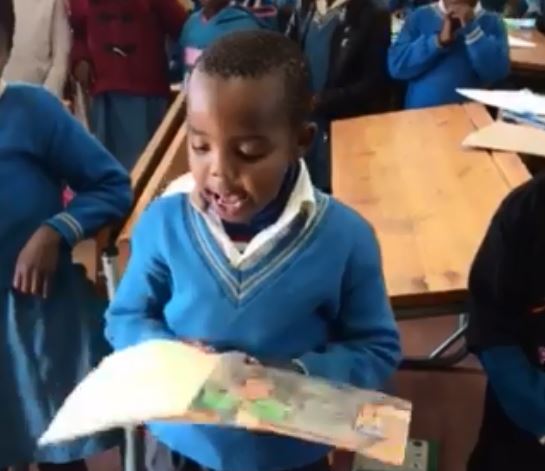 In August, The Herald published a shocking research report on literacy levels in the province.

The baseline study done by non-profit education organisation Funda Wande revealed that 90% of grade 2 pupils could not answer an interpretive question about a passage they had read.

The report further revealed that almost half of the grade 2 pupils in the province could not read a single word – and 52% of grade 1s could not identify the sound of even one letter.

Nombamba Primary School principal Baninzi Mampofu told The Herald that he had noticed a difference in the pupil's interest in reading since Nal'ibali started the partnership with the school in January.

"Nal'ibali came to our school and trained five of our teachers, who we call 'The Big 5', on how to narrate stories using the supplement that they send to our school.

"They also brought a 'hanging library'. The books hang like one would hang shoes so that children have access to books and then they make summaries of the books.

"Compared with older grades, which were not exposed to this teaching, there is quite a big difference in their comprehension generally and the project is making a serious impact on the pupils learning capabilities," Mampofu said.

From storytelling to drawing comics; poetry to origami; creating GIFs to learning clicks - younger visitors can look forward to a range of events at ...
Books
2 years ago