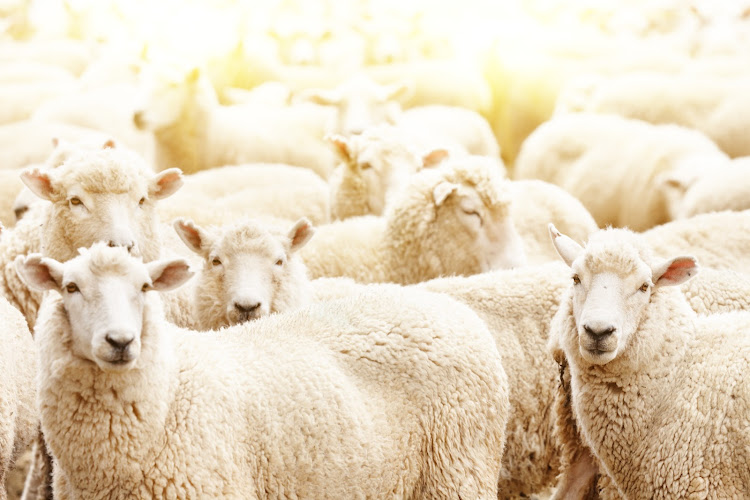 Concerns have been raised about conditions aboard the vessel in which the sheep will be transported. Stock photo.
Image: 123RF/Dmitry Pichugin

The National Council of SPCAs (NSPCA) has spoken out strongly against plans to ship 60,000 sheep from the Eastern Cape to the Middle East.

The Al Shuwaikh vessel belonging to Al Mawashi, a Kuwaiti importer that has registered a company in South Africa, arrived at East London harbour last week, tasked with transporting the sheep on a voyage that the NSPCA charged was a "brutal practice".

AL Mawashi has denied the allegation, saying it operated according to accepted international standards.

The NSPCA said in a statement the animals would be transported across high-risk areas that could lead to heat stress, injury from trampling and crowding, and disease.

"The route and climatic conditions of the voyage from South Africa to the Middle East will cross the Arabian Sea and enter the Strait of Hormuz. These areas are confirmed high-risk areas for heat stress during the period May to October," senior inspector Grace de Lange, manager of the NSPCA farm animal protection unit, said on Monday.

De Lange said the sheep were likely to be aboard the vessel for "a number of weeks", and told TimesLIVE  she had been informed by representatives from Al Mawashi that they expected "at least 500 sheep to die in transit".

She was also told they are planning to ship more sheep in coming years.

"The high temperatures in this area, which remain persistently high without relief [even overnight], render sheep incapable of regulating their body temperatures," she said.

"Evidence has shown that during voyages between May and October, the combined heat and humidity can reach catastrophic levels, causing heat stroke."

Bloemfontein SPCA inspectors had to go for trauma counselling after witnessing horrific animal cruelty during a routine inspection of Thaba Nchu ...
News
2 years ago

The Page Farming Trust, which was at the centre of an inquest in 2013 for shipping horses to Mauritius, are facilitating the trade agreement between South Africa and Kuwait.

TimesLIVE reached out to to Page Farming Trust for comment. In response, director of commercial operations at Al Mawashi, Hussam O Sarhan, said the allegations were unfounded and did not directly relate to their practices.

“NSPCA are talking generally about incidents that didn't happen with us. We’ve been operating for 47 years and have never been charged for animal cruelty,” he said.

“In fact, we run the highest standard facilities and logistics in the world which are recognised by the Australian authorities."

“We care about the animals and that's why our facilities are the best. We welcome any party to visit any of our facilities in the world to see it for themselves.”

Quizzed on whether they accepted the potential loss of 500 sheep, he said: “We are running way under the accepted average of mortalities on vessels, as per international standards and Australia's standards.”​

De Lange believed the ship would not be cleaned of urine and excrement until after it arrived at its final destination, meaning urine and faeces would accumulate, making it dangerous for animals to lie down.

"The weeks of untreated waste build-up mixed with high temperatures will create a lethal slurry of excrement," she cautioned.

"The NSPCA believes live export by sea for the purposes of slaughter is completely unacceptable and unnecessary. South Africa must take a stand against this abhorrent and unnecessary practice and rather export packaged meat, which not only ensures that animals do not suffer unnecessarily, but helps the country’s struggling economy," she said.

The export of live animals by sea from South Africa for slaughter continues‚ and contraventions of existing legislation had recently resulted in ...
News
7 years ago

#CrimeStats | Stock theft on the rise in SA

Gift of the Givers will on Monday deliver fodder to and source water for farmers in the drought-stricken town of Adelaide, in the Eastern Cape.
News
2 years ago