Man who lied about job to Karoo youngsters is convicted 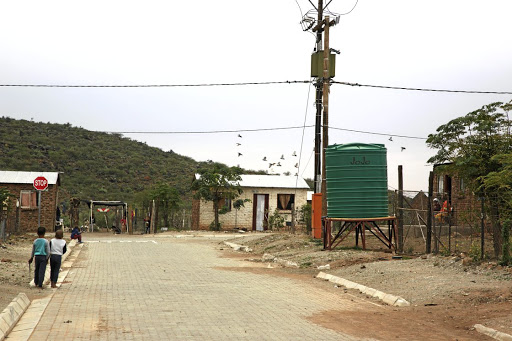 Young people from small towns are cautioned not to fall victim to people who will exploit them in the cities.
Image: Tristen Taylor

A “recruiter” who lured young Karoo men into forced labour in Cape Town now has a criminal record.

The alarm was raised when a father from Colesberg heard about the conditions being imposed on his son and two other men. The Hawks were called in to investigate.

Hendriks was arrested, along with a tavern owner in Athlone, in July 2018 by the Serious Organised Investigation team after the rescue of three young men aged between 21 and 22.

Nkwalase said the three were recruited and trafficked from Colesberg to Cape Town with a promise of employment opportunities. After being collected by a taxi driver from their homes, they were ferried to Athlone.

There, “they were dropped off with Hendriks, who sold them off to a businessman and the tavern owner in Athlone”.

“The three victims were forced into hard labour and stayed in a crude and unhealthy accommodation.

“Their pleas to be returned home a day after their arrival were met with resistance as they were told to first pay back costs incurred.

“The matter was reported to the Athlone police, when the father of one victim heard about their plight.”

The initial human trafficking charge against the suspects was converted to a contravention with the Employment Services Act. “Consequently, the tavern owner was released as the victims were saved before they could be exploited.”

Two suspects believed to be wanted in connection with criminal cases in Gauteng, Limpopo and North West have been nabbed during a routine patrol by ...
News
2 years ago

Hawks swoop on Karoo dorp after allegations of corruption around jobs

Police investigators swooped in the Karoo on Tuesday, confiscating computers and electronic devices at Laingsburg Municipality.
News
2 years ago