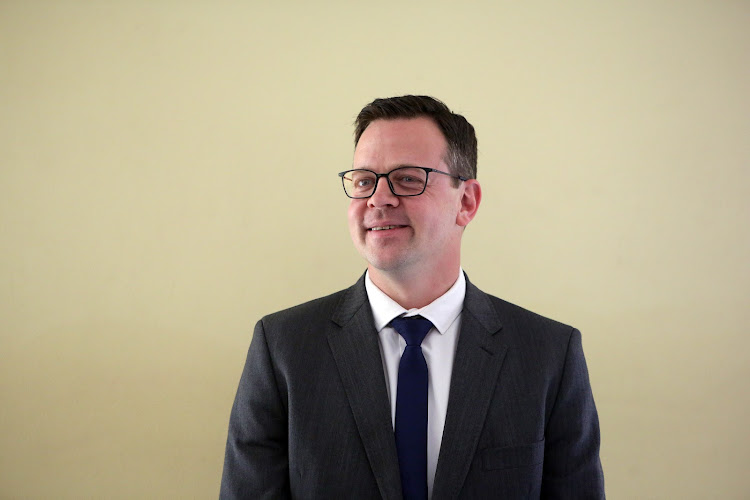 AfriForum's Ernst Roets outside the South Gauteng High Court on September 17 2019. The high court ruled that Roets did not break the law when he posted a picture of the apartheid flag, just hours after the Equality Court had ruled that its gratuitous display amounted to hate speech.
Image: Gallo Images/Phill Magakoe

The Nelson Mandela Foundation's court battle with AfriForum's head of policy Ernst Roets came to an end on Tuesday.

Here is what you need to know about the case:

On August 21, Gauteng deputy judge president Phineas Mojapelo ruled that the intention behind the display of the old SA flag was to incite feelings of white supremacy against black people, and therefore this equated to hate speech.

The Nelson Mandela Foundation had brought the application to court, wanting the display of the old SA flag to be declared hate speech.

Anyone who displayed the old South African flag wanted to "incite and awaken feelings of white supremacy against black people".
News
1 year ago

On the day of the ruling, Ernst Roets, of lobby group AfriForum, tweeted a picture of the old SA flag with the caption, “Have I just committed hate speech?”. This prompted the foundation to file another application to the high court wanting it to declare that Roets was in contempt of court. The foundation said it believed he acted in bad faith.

The Nelson Mandela Foundation wants the high court to declare AfriForum's head of policy and action Ernst Roets to be in contempt of court for ...
News
1 year ago

Roets said the foundation's case against him was baseless and that his display of the old flag neither amounted to hate speech nor contempt of court. He had posted the picture on the day that Mojapelo ruled that doing so was hate speech.

Roets said his tweet fell under the provision that the display of the old flag must be confined to genuine artistic, academic or journalistic expression in the public interest.

The high court in Johannesburg has postponed until Wednesday an application by the Nelson Mandela Foundation to declare that AfriForum's head of ...
News
1 year ago

Ernst Roets not in contempt of court

The application by the Nelson Mandela Foundation that Roets' display of the old SA flag was in contempt of court was dismissed by the equality court. This followed the foundation's argument that the flag was shared on social media shortly after doing so was declared hate speech.

During the same ruling, the court did say the flag can be used for journalistic, academic and artistic purposes.

A bid to have AfriForum’s Ernst Roets held in contempt of court for tweeting a picture of the old South African flag was dismissed on Tuesday.
News
1 year ago