Cape Town's railway cops lined up for another year 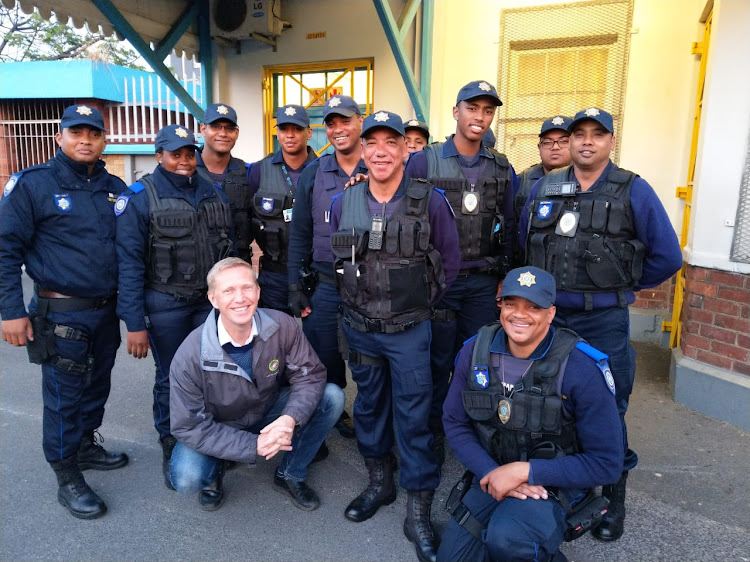 City of Cape Town mayoral committee member for safety and security JP Smith with members of the rail enforcement unit at Athlone station on September 18 2019.
Image: City of Cape Town

Cape Town's Metrorail passengers have had a rough ride for the past two years, but with the redeployment on Wednesday of 100 Rail Enforcement Unit officers, it might get a little smoother.

For the first time, the unit will have investigators who will help officers to secure convictions after they have made arrests.

The unit was first deployed in October 2018 and ran for a pilot period of nine months.

It was the first time such a partnership had been established between the City of Cape Town, the Western Cape provincial government, and the Passenger Rail Agency of SA (Prasa).

Arson attacks on Cape Town’s trains have left the city with less than 40 serviceable trains – and now the city has joined hands with Metrorail to ...
News
2 years ago

To mark the signing of a new one-year deal on Wednesday, dignitaries caught a train from Athlone to Cape Town.

Thuthuka Zondi, who works at an architecture firm in Salt River, said he had caught the train every day since 2015.

"It got very bad, but in the past two weeks it's been much better. They are even checking tickets on the train daily now," he said.

New trains are expected to be rolled out on some of Cape Town's most functional lines before the end of the year.

According to a joint press statement, 157 arrests were made during the rail enforcement unit's pilot phase.

"It is not often that all three spheres of government get to collaborate in this manner and the pilot year presented some challenges and initial teething problems," said Madikizela.

"That said, I’m delighted that we have been able to conclude a new agreement that will see the officers on the beat for at least another 12 months.

"This is a clear signal to our residents and commuters that we are committed to improving the safety and security on the trains and at the stations."

SA's embattled rail service has faced a multitude of problems including broken infrastructure, arson and vandalism.
News
1 year ago

The first 100 days of Cape Town’s rail enforcement unit were a resounding success, its funders said on Thursday.
News
2 years ago