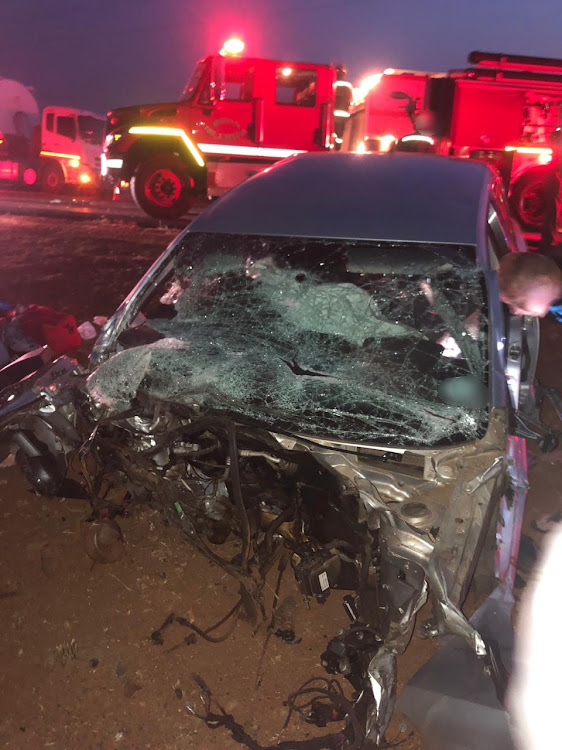 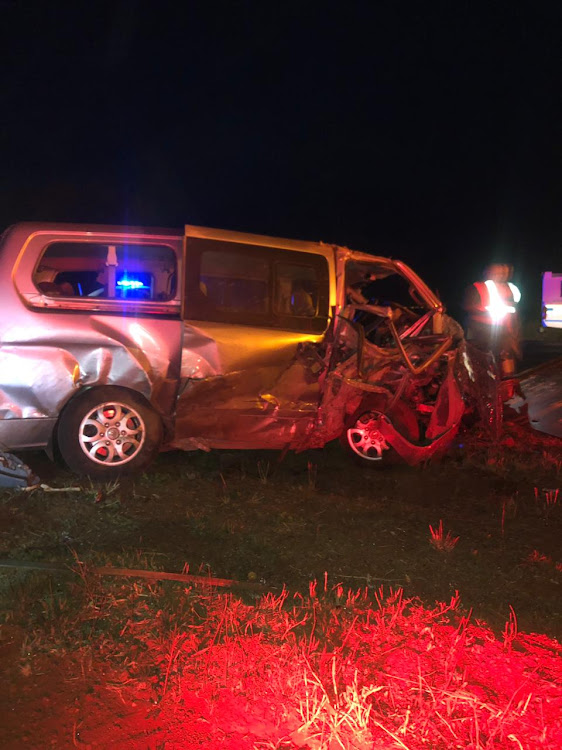 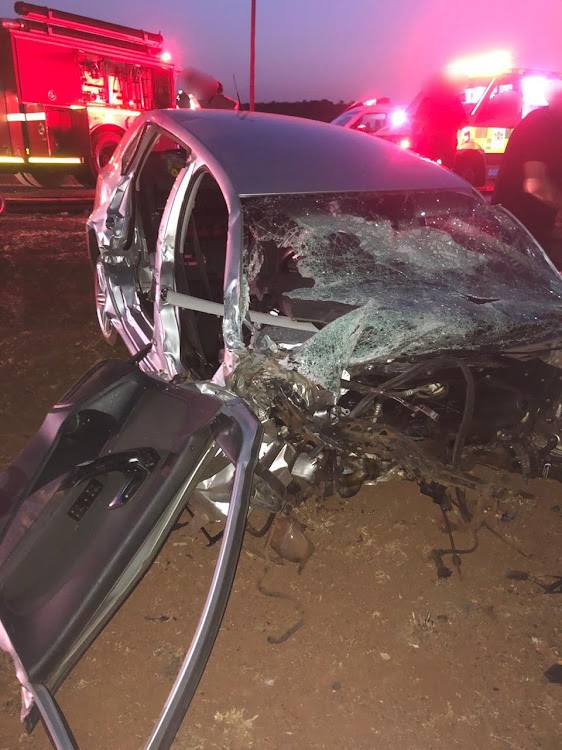 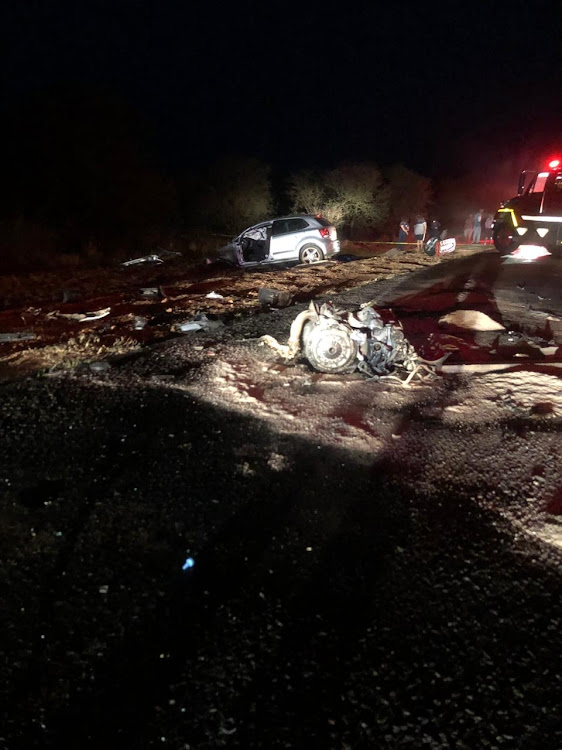 Eight people had to be taken to hospital after a horror head-on collision left chunks of vehicle debris scattered along the R54 Villiers Road in Vereeniging, and one of the cars involved barely recognisable.

According to Netcare911 spokesman Shawn Herbst, the accident took place at about 5.20pm. A car and a H1 passenger transport vehicle collided head-on.

"Medics assessed the scene and found that two adult females from the car and an adult male had sustained serious injuries and required advanced life support intervention to stabilise them. Two children passengers, a 3-year-old and one believed to be a 6-year-old, sustained moderate injuries and were also treated on scene.

"Three occupants from the bus had sustained moderate injuries," he said.

Emergency services had to use hydraulic tools to free one of the injured women from the car.

Two Netcare helicopters were used to fly the most severely injured patients to hospital.

Pictures from the scene show how the front right wheel of the car had sheered right off and was lying in the road several metres away. The engine of the vehicle is exposed due to the extensive damage sustained in the crash.

Similar damage can be seen on the H1.

A Pretoria law firm will launch an application at the Pretoria High Court to overturn a practice directive that it believes is leaving cases left to ...
News
2 years ago