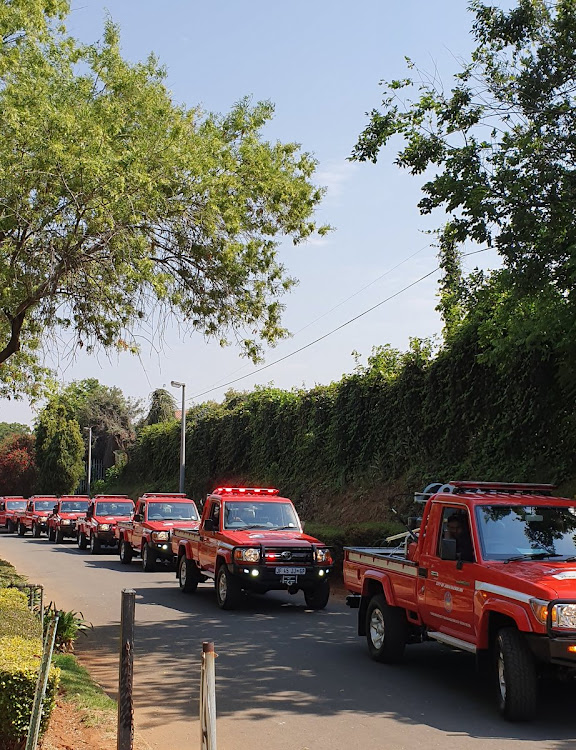 The City of Johannesburg added 10 EMS vehicles to its fleet.
Image: Twitter/@CityofJoburgZA

The city of Johannesburg has handed out 10 rapid-intervention vehicles to its emergency services.

The vehicles will help firefighters in assessing the extent of complaints before full firefighting resources are called in. The vehicles were received and handed over by mayor Herman Mashaba on Monday.

“These vehicles are a critical resource within EMS [emergency medical services] since firefighters are able to use them for first response. Rapid intervention vehicles often arrive first on a scene, where firefighters are able to assess the situation and call for the appropriate firefighting resources. These vehicles also carry rescue equipment that EMS utilise in responding to motor vehicle accidents,” said Mashaba.

The renewal of the city’s EMS fleet includes fire and rescue vehicles, which, according to Mashaba, had been a long-awaited and much-needed service delivery initiative.

He said the vehicles would directly affect the lives of residents as the city was expected to add more than 90 vehicles to the existing fleet in the next few months.

Five more vehicles are due to be received by the end of this week.

These new vehicles come after EMS received 42 new ambulances, which replaced the broken down and aging fleet. This brought the EMS fleet to 101 ambulances servicing Johannesburg residents.

All 30 stations each received at least one new ambulance, according to Mashaba.

The city said it expected to take delivery of batches of emergency vehicles, including pumper fire engines, at the end of each month.

A name on a truck is cold comfort for a Newcastle father whose firefighter son died in the Bank of Lisbon fire in Johannesburg on September 5 last ...
News
3 years ago

City of Joburg: No shutdown of emergency services to Cosmo City

The City of Johannesburg’s public safety department said there was no shutdown in the provision of emergency services delivered by city ambulances in ...
News
3 years ago