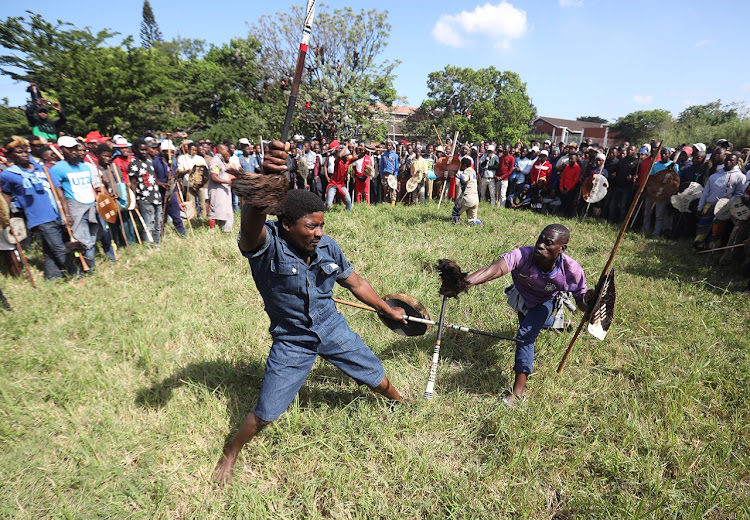 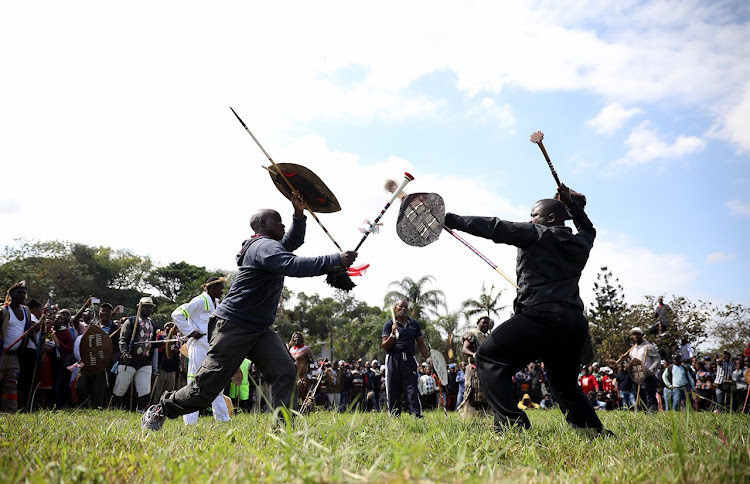 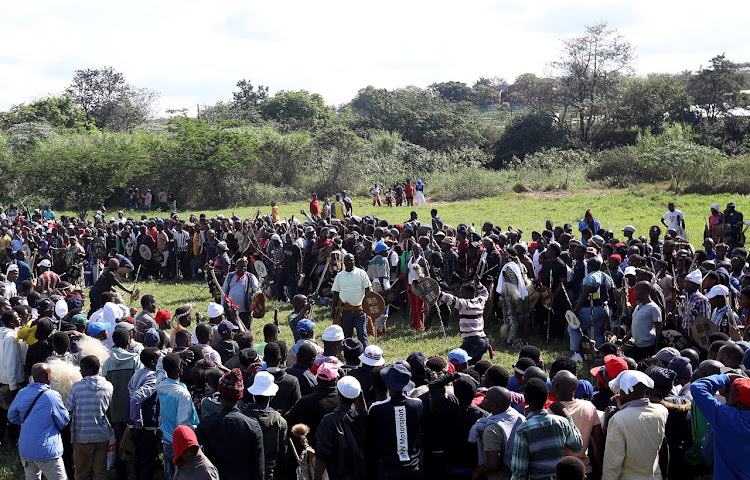 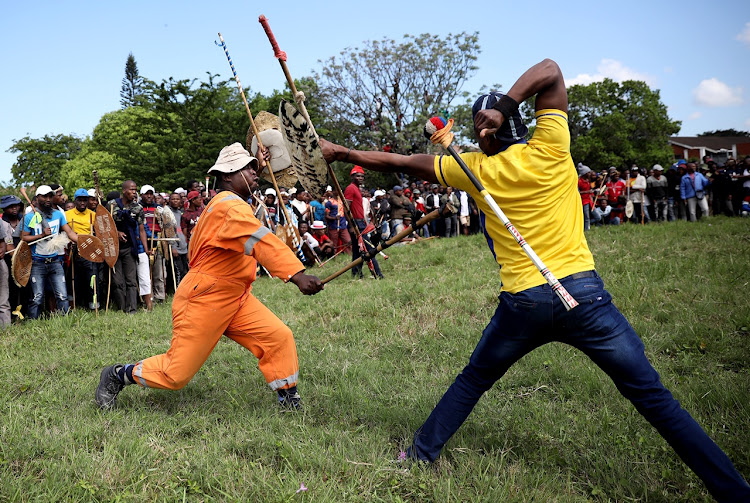 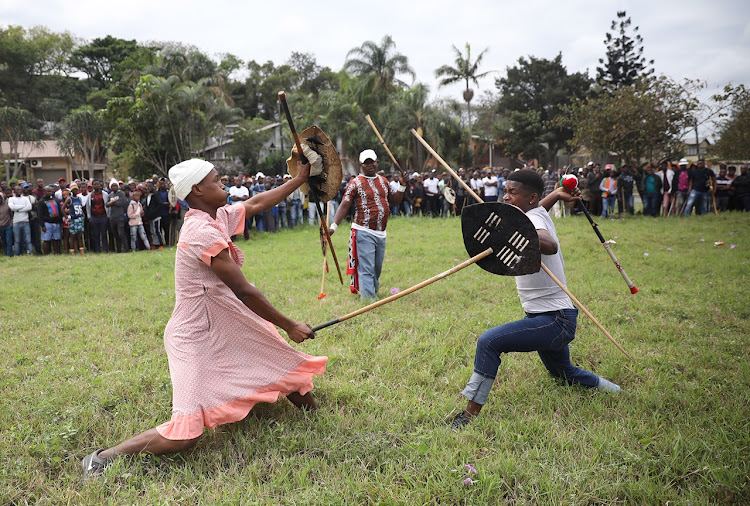 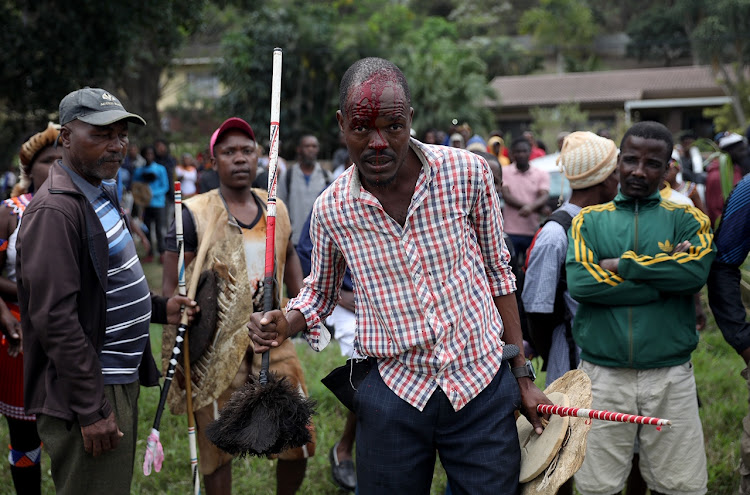 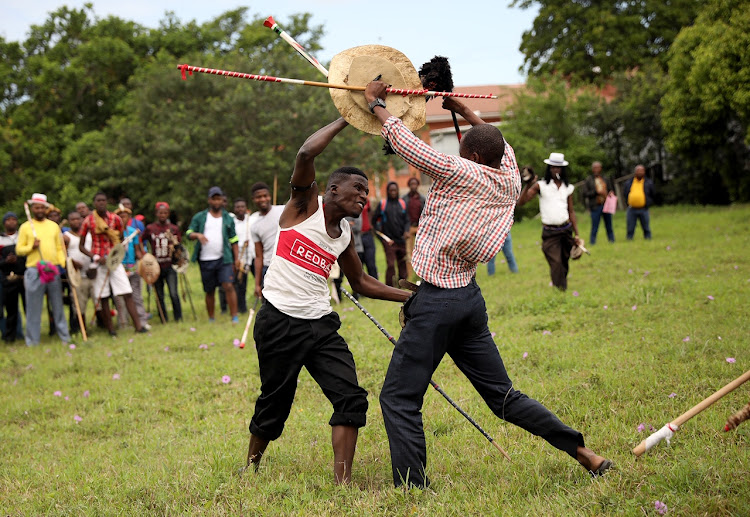 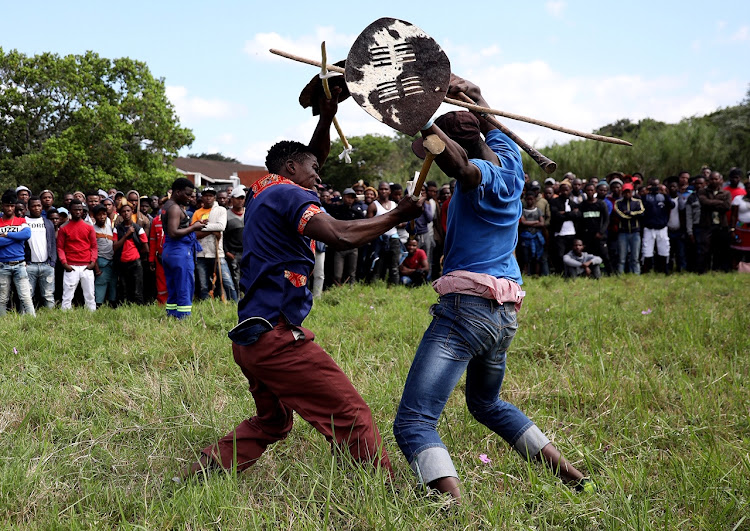 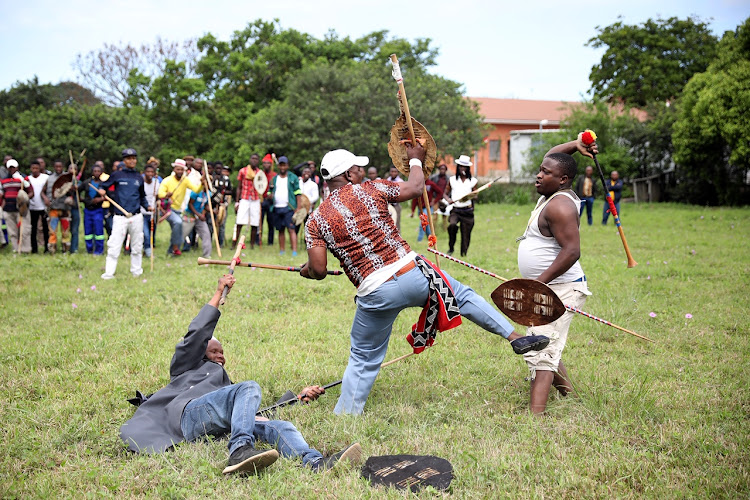 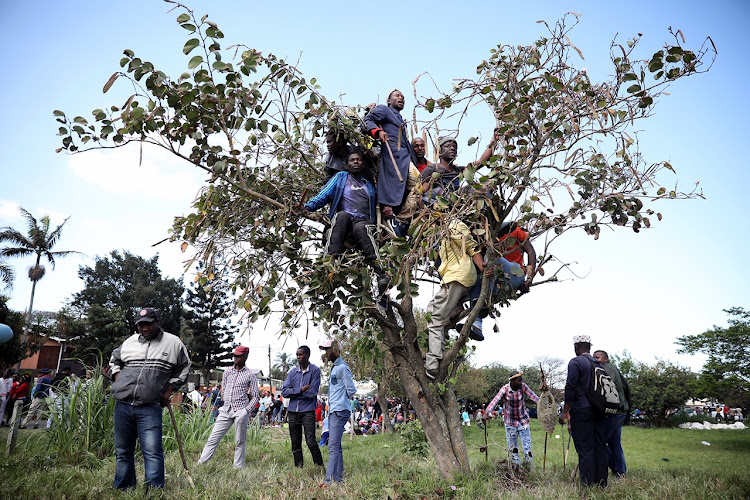 Like singing, stick fighting has been an African tradition for countless generations.

To celebrate the centuries-old Zulu tradition of umgangela (stick fighting), an annual event takes place at the commemoration of King Shaka in KwaDukuza, KwaZulu-Natal. This year's event took place on Tuesday, to mark Heritage Day.

According to the department of art and culture, the event is not to be held on the day of commemoration. However, despite their public statement asking the Zulu warriors not to participate on this day, their call fell on deaf ears.

In a statement issued by the KwaZulu-Natal department of arts and culture before Umkhosi Welembe, the commemoration to Shaka Zulu on Heritage Day, the department urged those who attended to exercise a high level of discipline.

"Those attending King Shaka's commemoration are urged to exercise a high level of discipline and to avoid participating in umgangela and other illegal activities," the department said.

But despite the call, hundreds of Zulu men engaged in stick fighting at the event, with some even shedding blood.

The combatants battle for pride in a tradition that glorifies masculinity. The stick fight is regarded as a means to gain status and respect among the community.

Zulu King Goodwill Zwelithini on Tuesday delivered his Heritage Day address in which he tackled GBV, unemployment and inequality.
News
1 year ago

Masses gather around a dusty patch of ground, scrambling to get a better view of their favourite fighters exchanging blows with opponents.

There are rules in stick fighting; they're just not written in stone. One of them is that a downed opponent cannot be hit. Izinduna, armed with a whipping stick, officiate the fights. Another rule is that a fighter can challenge another fighter by presenting his stick to his potential opponent.

There's a constant mix of seasoned veterans looking to show off their experience and younger contestants seeking to prove their masculinity.

At times, the stick fighters seem to be controlled by unseen forces. Fighting styles become unnatural, uncontrollable and unpredictable. Some believe that supernatural forces are at work and that success depends on how strong a combatant's muti is.

Stick fighting was used during Shaka's reign as a way to train young men for war or self-defence.

Today, men often practice stick fighting as a form of sport during traditional gatherings. The fight stops if someone is injured or disarmed.

Lobola, reed dance have to go as we root out patriarchy

Patriarchy, which informs most South African cultural, social and religious traditions, is at the root of violence against women.
Opinion & Analysis
1 year ago