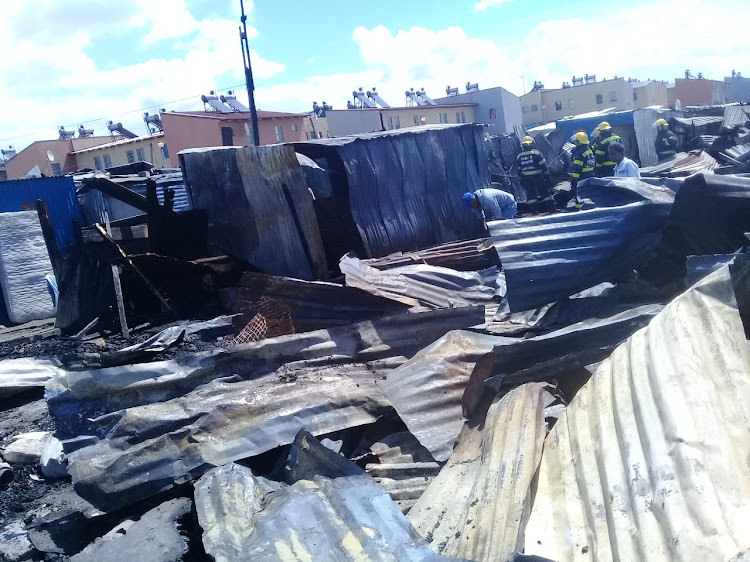 No one was injured but 47 shacks were destroyed in the blaze and 88 people were affected.
Image: City of Cape Town

More than 40 shacks were destroyed and the occupants left homeless after a fire swept through an informal settlement in Cape Town on Monday.

City fire and rescue spokesperson Jermaine Carelse said firefighters responded to the blaze in Langa at 10:45am. It was extinguished just after noon.

Carelse said no injuries or fatalities were reported.

Powell said residents would be provided with starter kits to rebuild their dwellings once the solid waste department had removed the debris from the affected area.

She said Sassa had also been asked to provide humanitarian assistance.

One person died after a fire broke out at the Sarepta informal settlement in Cape Town on Sunday morning, the city's fire and rescue services said.
News
2 years ago

Three injured firefighters were taken to hospital for treatment after responding to a fire that gutted dozens of shacks overnight in Masiphumelele, ...
News
3 years ago

At least 100 shacks were destroyed when a fire swept through an informal settlement in the Seacow Lake area, north of Durban, on Thursday morning.
News
3 years ago