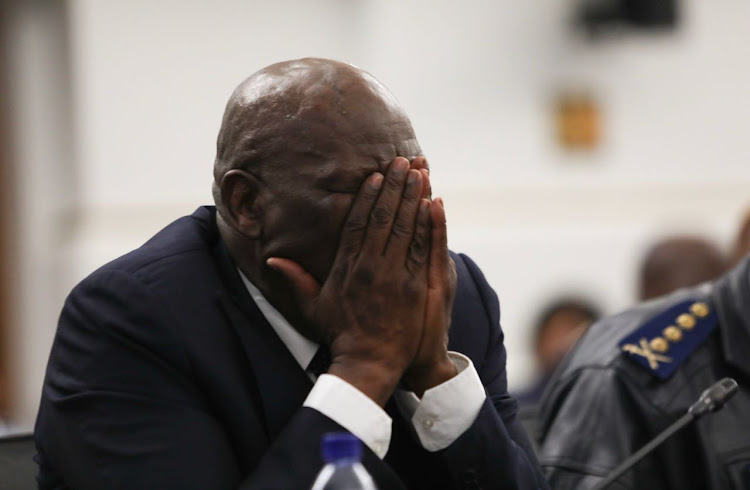 Police minister Bheki Cele said on Monday that he would not respond to "assumptions" following testimony at the state capture commission implicating him in alleged bribery.

Cele said there was "no evidence" against him.

Naidoo, who is in witness protection, described a 2009 meeting at the home of Durban businessman Panganathan "Timmy" Marimuthu. Present at the meeting were Naidoo, Marimuthu, Lazarus and later Cele, who was national police commissioner at the time.

"At the time, [Richard Mdluli] was appointed [as head of Crime Intelligence] … Lazarus was informed by Mdluli he was going to be transferred out of the secret service account division," said Naidoo.

"There was resistance. [Lazarus] subsequently made arrangements for a meeting between himself and Cele. Marimuthu would be the go-to guy to facilitate this meeting. There were several meetings held between Lazarus and Cele."

In response to questions from TimesLIVE, Cele's communications team said the minister had "noted the utterances" against him.

"The minister believes there hasn’t been any evidence implicating him and it would be illogical to respond to assumptions. Cele says he will wait until after Col Dhanajaya Naidoo has completed his testimony to give a response, if need be," said the statement.

Lazarus was the finance officer in charge of Crime Intelligence's secret service account, which holds funds to pay for intelligence operations, vehicles and equipment. Together with Mdluli and others, he stands accused of using cash from the account to bankroll the purchase of luxury cars, overseas travel and accommodation.

The state capture inquiry has heard that some journalists were allegedly on the payroll of Crime Intelligence and money was forked out of the ...
Politics
2 years ago

Naidoo, who also benefited from the alleged looting of the account, said what he saw at the meeting between Lazarus and Cele led him to believe that money had changed hands.

"Lazarus was waiting for Cele to have a meeting. Closer to the time Cele arrived, Lazarus told me it was not easy to organise a meeting with Cele. He made a call to another Crime Intelligence member to organise cash, which I assumed was to be paid over to Cele when he arrived at the meeting," said Naidoo.

"Lazarus was not aware I had cash with me, about R40,000, which I had taken from our Crime Intelligence office. I can’t remember what the advance was for. I informed him I had the cash and I handed him the money."

Naidoo said Lazarus then moved to another part of the house to meet with Cele.

"None of that money was returned to me. The assumption again, on my part, was that the money was handed over to Cele," he said.

Naidoo also described how he facilitated a 2009 China trip for Mdluli and his then wife, Lily.

"Prior to Mdluli flying to China with his wife, Lazarus told me Mdluli wants to take his wife to China and we must see how we can help him. Lazarus instructed me to make inquiries with respect to the air tickets. I went to Flight Centre in Menlyn Park. I made provisional bookings for Mdluli and his wife," he said.

"On November 3 2009, Lazarus called me to his office. When I got there, he had an envelope. Lazarus informed me there was R50,000 in the envelope. He said they managed to get a loan from Jan Venter, dealer principal of Atlantis Motors, a company through which CI purchases its vehicles."

Naidoo said he then withdrew another R50,000 from the secret service account. He used the money to pay for the flights, which amounted to about R86,000.

Mdluli allegedly received R10,000 from the remaining funds as cash for spending during his trip.

The commission previously heard that Mdluli and his then wife flew to China to visit their daughter, who was studying there.

The highly-anticipated testimony of former Crime Intelligence officer Col Dhanajaya Naidoo began at the state capture inquiry on Friday with the key ...
Politics
2 years ago

A 2014 investigation into former Hawks boss Anwa Dramat's alleged involvement in the illegal deportation of five Zimbabweans was a sham aimed "at ...
Politics
2 years ago