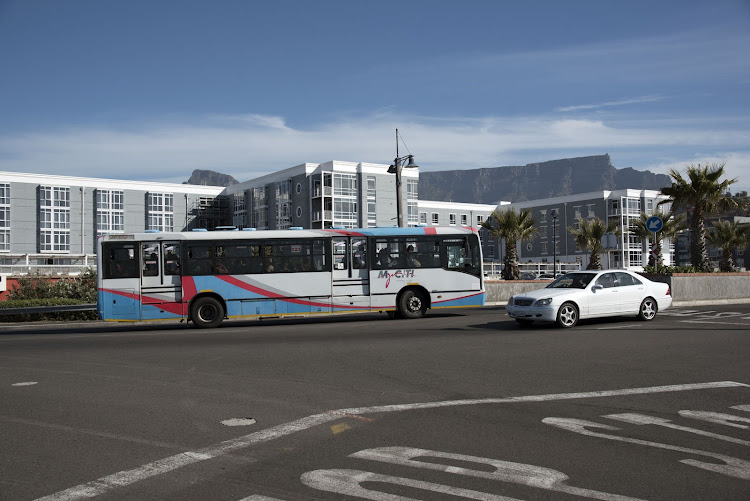 Bus drivers want their safety guaranteed before they will go back to work.
Image: 123RF/Peter Titmuss

Nearly three weeks after two Autopax bus drivers were shot, allegedly by taxi henchmen, drivers are reluctant to go back to work.

One of the drivers was killed and the other left fighting for his life in hospital.

The incident occurred at Ixopo, KwaZulu-Natal, on September 9 and has caused tensions and uncertainty among bus drivers. Some stopped working.

The National Union of Metalworkers of South Africa (Numsa) was expected to meet the transport department on Wednesday to address ongoing violence against Autopax drivers.

“Our members are refusing to go to work because some taxi owners in these areas are attacking bus drivers, and claiming that Autopax is encroaching on their territory and allegedly using multiple permits,” said Numsa spokesperson Phakamile Hlubi-Majola.

The union said the violent attacks had become common in various provinces, including the Eastern Cape, KwaZulu-Natal and Limpopo.

It expressed disappointment at the Passenger Rail Agency of South Africa's (Prasa's) demand for workers to return to work on Wednesday, without the implementation of any new security measures. Autopax falls under Prasa.

Violent protests in which motorists were stoned, trucks set alight and roads closed have been "temporarily suspended" in and around Dunoon in Cape ...
News
1 year ago

Prasa on Wednesday told the public that the nine-day strike had ended.

“Autopax is pleased to inform the public that after a nine days long strike due to safety concerns for drivers, following the unfortunate killing of a driver, Mr Khambule, and injury of the second driver, Mr Khalata, the Autopax and Prasa board chairs, in a meeting with staff, management and organised labour leadership, agreed to jointly convene an intervention to secure bus drivers as they perform their duties,” said Prasa spokesperson Nana Zenani.

"Management said all depots and buses had been operational on Wednesday morning," said Zenani.

“Autopax would like to thank its passengers for their patience and commits to continue finding solutions to the problems of safety that endanger the lives of drivers and passengers,” she said.

The union said it was calling on the police and metro police to escort drivers while they are transporting members of the public. It also called on the transport department to urgently resolve allocation of routes.

Among the union’s demands is a meeting with taxi organisations, for Autopax to withdraw its application for an interdict against drivers, and the beefing up of security and escort of drivers in areas identified as hotpots.

“Until this is done, our members will not feel safe and they cannot be expected to resume their duties. As Numsa we will continue to do all we can to ensure that our members are safe and that their rights are not being violated,” added Hlubi-Majola.

A driver escaped unharmed after his bus was allegedly hijacked as a strike by Metrobus staff got under way in Johannesburg on Monday.
News
1 year ago

A municipal bus got stuck in a huge pothole in Port Elizabeth on Wednesday morning.
News
1 year ago

A Golden Arrow bus and a truck have been burnt to ashes in Philippi, Cape Town, where protest action has forced road closures.
News
1 year ago