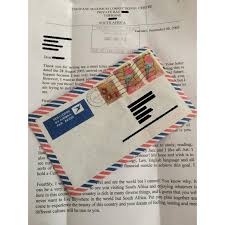 In 1996, Moses Sithole was sentenced to 2,410 years in prison for a prolific series of murders. The mind of man who could commit such atrocities has been a fascination to professionals and the public alike. Many journalists attempted to interview him and  Sithole  was not short of prospective pen pals — well-meaning individuals who were interested in communicating with him in the hopes that they could truly understand his psyche.

One such person was Charmaine Ó Neale. She first visited Sithole as part of a prison ministry programme in 2004 and they began to communicate by letter.

In True Crime SA’s first interview, we talk to Ó Neale about those experiences. She reads us parts of the letters and cards she received from Sithole and tells us how she realised that something very dark was happening in their communications.

Listen to the thrilling episode:

Jacoba Schroeder's murder sparked an investigation and trial that would inhabit the imagination of the world for a year and its unbelievable outcome ...
News
2 years ago