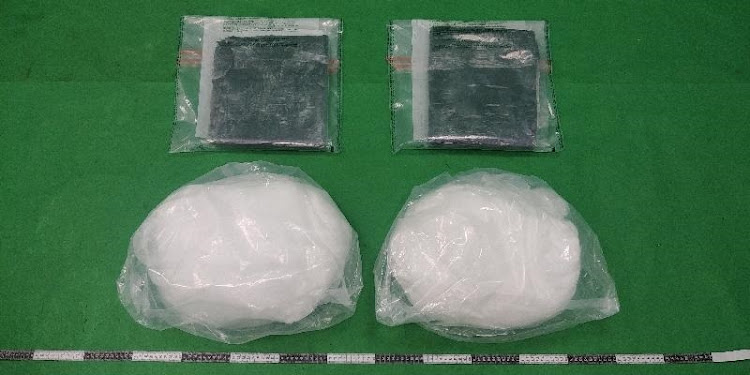 Some of the suspected cocaine seized from airline crew in Hong Kong.
Image: Hong Kong customs and excise department

Two SAA flight attendants have appeared in court after allegedly being caught smuggling millions of rands worth of cocaine into Hong Kong.

“We confirm that two of our employees have been arrested in Hong Kong on suspicion of being in possession of drugs,” SAA spokesperson Tlali Tlali told SABC news.

The man and woman were working on separate flights between Johannesburg and Hong Kong, and were arrested by customs officials.

Tlali said they were arrested separately. “Their matters have been before the courts and they remain in custody at the moment.”

The South China Morning Post, without naming an airline, described the bust as the “largest haul of its kind in the past decade”.

The customs and excise department in Hong Kong said in a statement on September 25 that it had carried out a special operation, code-named “Bullseye”, at Hong Kong International Airport to combat cross-boundary drug trafficking activities through passenger and staff channels. 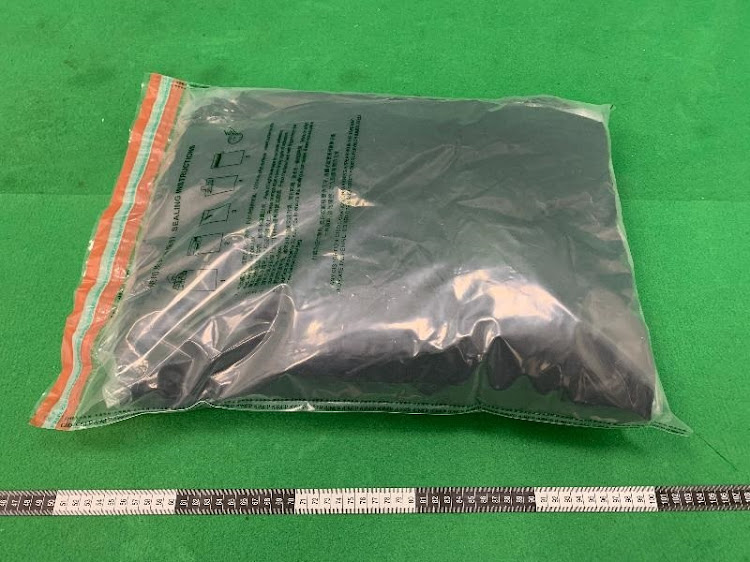 Officials seized about 18.3kg of suspected cocaine, with an estimated market value of nearly HK$24m (R46m), on September 22 and September 24.

“During the operation, customs officers from Airport Command seized about 12 kilograms of suspected cocaine concealed inside two black plastic bags on September 22. After follow-up investigation, a 39-year-old woman ... was arrested at a hotel in Tsim Sha Tsui on September 23.

“They also seized about 6.3 kilograms of suspected cocaine concealed inside a black plastic bag ... A 35-year-old man ... was arrested.”

The suspects were each charged with one count of trafficking in a dangerous drug and appeared at the West Kowloon magistrate’s court on September 26.

Under the Dangerous Drugs Ordinance, trafficking in a dangerous drug is a serious offence in Hong Kong. The maximum penalty upon conviction is a fine of HK$5m (about R9.7m) and life imprisonment.

A 36-year-old woman was arrested in Durban for attempting to smuggle cocaine worth R4m into SA.
News
2 years ago

Fed up with screaming babies on a flight? Here's how you can avoid them

Japan Airlines has introduced a feature on its seat booking system that allows passengers to avoid sitting next to a screaming child on a long-haul ...
News
2 years ago

It's 'in no one's interest' for pilots to strike: SAA

South African Airways has committed to resolving internal grievances which saw its pilots threatening to go on strike.
News
2 years ago