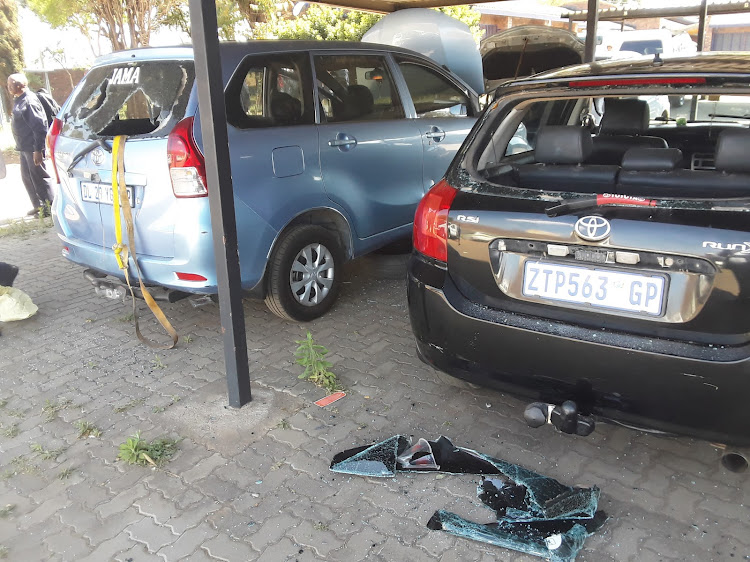 Three security officials were attacked and at least 15 cars were damaged when a group of people stormed and vandalised a City Power depot in Klipspruit, Soweto, on Wednesday.
Image: CITY POWER

Three security officials were attacked and at least 15 cars damaged when a group of people stormed and vandalised a City Power depot in Klipspruit, Soweto.

City Power spokesperson Isaac Mangena said the incident could be related to an electricity protest.

"The suspects - who are suspected to have been part of a community protest over electricity - stormed the depot near Nancefield train station on Wednesday evening, held up and allegedly assaulted the three security officials on site," he said.

They broke into locked offices and allegedly stole computers.

"The suspects then stole a City Power Toyota Quantum minibus, and broke the windows of at least 15 cars on site - seven belonging to the staff, and eight City Power vehicles, including trucks," he said.

"The City Power CEO has called for a thorough investigation. No one was inside the offices during the break-in," said Mangena.

An urgent meeting was convened by management with affected staff. The injured security guards received medical attention and counselling is being provided.

An assessment is under way to determine the extent of the damage.

“City Power is working with the police and group forensic division who are investigating the issue. We urge the members of the public to help with any information that could lead to the arrest of the suspects,” added Mangena.

Vehicles were stoned as violent protests flared up for a second day on Friday at Dunoon in Cape Town.
News
2 years ago

Nine Durban University of Technology students have been charged with attempted murder after attempting to set a security guard on fire.
News
2 years ago

Cape Town taxi owners have denied responsibility for the stoning of and damage to cars that brought the N7 to a standstill on Friday.
News
2 years ago