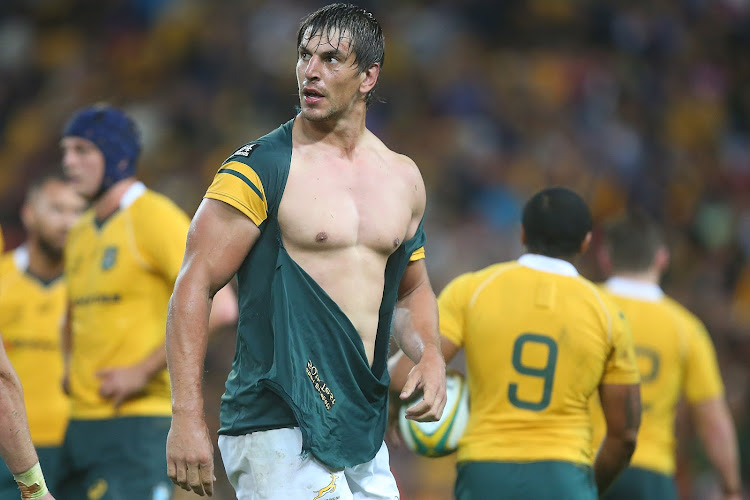 An attempted-murder charge is being considered against Springbok lock Eben Etzebeth for allegedly brandishing a firearm during an argument in a Langebaan pub. File photo.
Image: Chris Hyde/Getty Images

Just hours after Eben Etzebeth took to the field for the Springbok's 49-3 rout of Italy at the Rugby World Cup in Japan on Friday, the SA Human Rights Commission confirmed that four people had come forward to say the lock "used a racial slur" against them.

Acting SAHRC legal head Buang Jones told a media conference on Friday that the commission had "obtained instruction to seek monetary compensation for over R1m".

He said he spoke to the SAPS investigating officer in the case, who confirmed they were considering a charge of "attempted murder".

"We [the commission] are acting in a representative capacity. We are going to review the evidence that corroborates these accusations. Four complainants have said Etzebeth used a racial slur. The allegations will be tested in court. We have spoken to restaurants, residents,[the yacht club in Langebaan. We are building as much info as possible," said Jones.

SAHRC commissioner Chris Nissen earlier told the news conference: "We have maintained the position that the accused is innocent until proven guilty, and we hope he brings the cup home."

The equality court application against Etzebeth was filed at the Hopefield magistrate's court on Friday.

The lock forward allegedly racially abused and assaulted two men during an incident that began at a pub, Die Watergat, in Langebaan along the Cape West Coast on August 25. The incident is alleged to have been riddled with racial abuse, where he allegedly called the victims "h*tn*ts".

According to Jones, the commission had evidence in the form of "voice notes, video clips, witness statements, and more and more people are coming forward".

Jones said three processes were under way in relation to the matter:

Etzebeth vehemently denied the allegations before boarding a plane for Japan to take part in the Rugby World Cup.

"It is completely untrue and unfounded to claim that I physically or racially abused anyone in Langebaan, as has been reported on social media. Multiple witnesses can corroborate that. I am and will always strive to be a true ambassador to this beautiful rainbow nation and the sport that I love," he wrote in a post on Facebook.

SAHRC commissioner Andre Guam said the matter was a "factual dispute", which meant the court would have to decide whether Etzebeth was guilty.

"The commission is not pushing for him to return from the World Cup. The matter will take its normal course," he said.

Describing the legal process, Buang said Etzebeth would have to file an answering affidavit in the case, and then the court would set a date for the matter to be heard.

He said the community, in discussions with the commission, wanted Etzebeth to fly home from the tournament.

SA Rugby have launched their own internal inquiry.

Speaking to members of the Langebaan community on Thursday, Jones charged that Etzebeth was "used to getting away with murder".

“We have been told  this is not the first time Eben has done this," he said. "He has also managed to get away with it, but this time it stops here.”

This comment was "inappropriate", Nissen said at the press conference.

The Eben Etzebeth 'racism' investigation should not distract the Springboks in their participation at the Rugby World Cup.
News
2 years ago