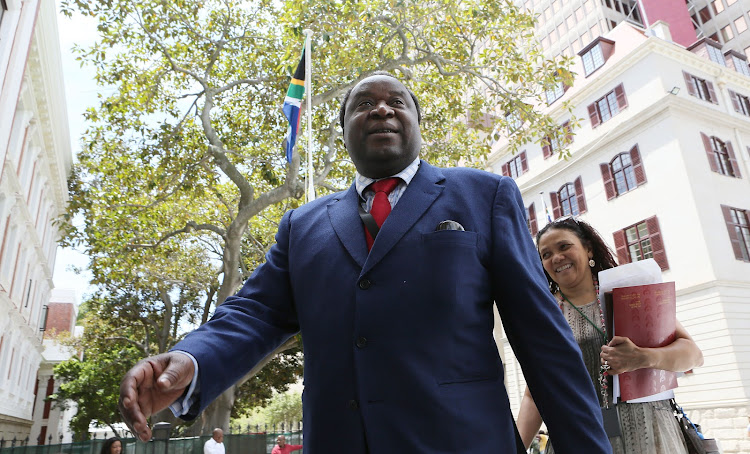 Mboweni's “worn-out” shoes saw the minister making the top trending list on Twitter on Thursday, as social media users took to the platform to poke fun at them.

Some offered to buy him shoe polish, while others suggested he buy a decent pair — he is the minister of finance, after all.

The finance minister uses the phrase often, even dismissing EFF deputy leader Floyd Shivambu with it.

@FloydShivambu : you are missing the point as usual. Dialectical Materialism is about disruption. Negation of the Negation. Form and Content. Oh, dear Mr Shivambu, I did not teach you well. Apologies.

Oh dear! Not this please. We are in trouble here. I have never seen a COSATU Congress like this since 1985. Unite, close ranks!

There are many memorable moments with good Oldman Madiba. “ Tito, did you make up your bed this morning?”. No. Housekeeping will do that. “No, you must always fix your bed”. He banna! This oldman. He always made his bed. Oh dear! We miss you Tata! pic.twitter.com/rCnsgmwfcg

Oh dear! But France played so well. But to be honest, the game was BORING...

Finance Minister Tito Mboweni has declined to say whether the tax inquiry into Bosasa affairs would be extended to investigate the donation the ...
Politics
2 years ago