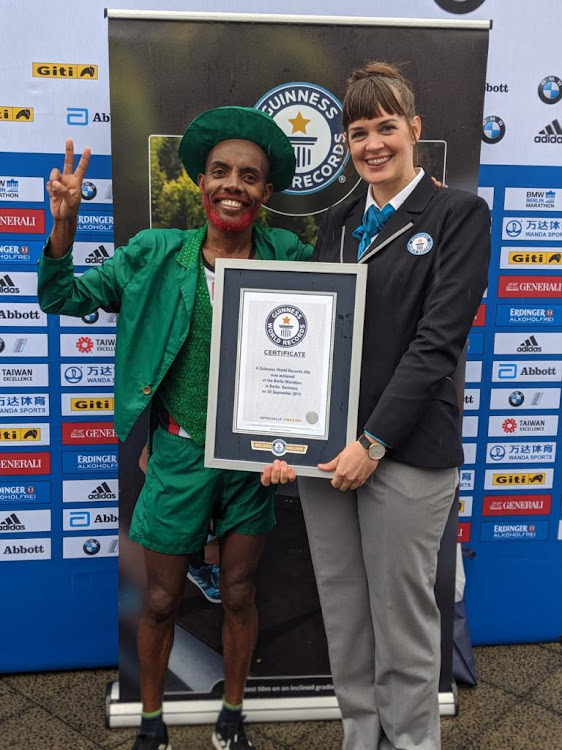 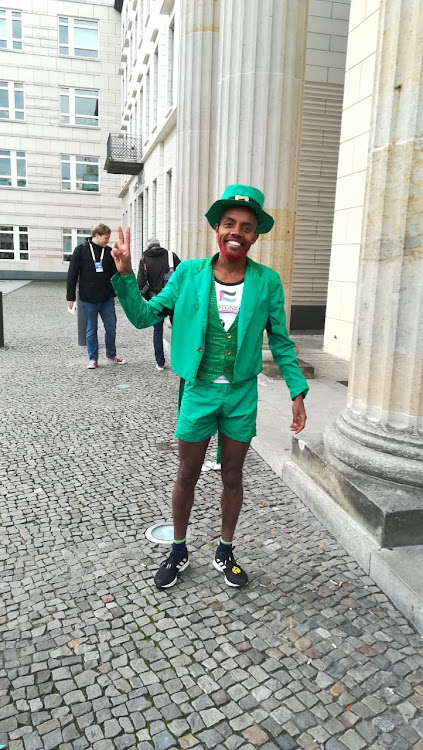 Cape Town resident Kamil Suleiman is one of the world’s newest record holders, but you might never have heard of the Ethiopian-born software developer’s achievement.

That’s because his record is bizarre and nowhere near as common as the feats of Usain Bolt, Allyson Felix, or our very own Wayde van Niekerk.

The record Suleiman set just a week ago was for completing the fastest marathon ever… by someone wearing a leprechaun outfit.

Dressed in all green with his beard dyed red, Suleiman crossed the finish line of the Berlin Marathon on September 29 in a time of 2:58.01 - just under two minutes shy of three hours.

And now for a world record attempt at ... the longest hearse parade

The record is official, with the Guinness World Record website stating: “The fastest marathon dressed as a leprechaun (male) is 2 hrs 58 min 01 sec, and was achieved by Kamil Suleiman (South Africa) at the BMW Berlin Marathon, in Berlin, Germany, on September 29 2019. Kamil was wearing a full leprechaun costume with the beard coloured in red.”

The Berlin race was won by Kenyann Eliud Kipchoga in 2:01.39.

Speaking to TimesLIVE on Sunday, just an hour after finishing a 10km fun run - his first run since Berlin - Sulieman said he was delighted.

“I attempted the same record last year in London, and missed it by 15 seconds. This year I went and took my revenge and beat the record by 89 seconds, to be exact,” he said.

Suleiman is no stranger to marathon running. He’s completed races before at under three hours.

Of his race plan, he said: “I didn’t want to start fast and get drained. I didn’t want to be over ambitious, although I trained very hard. My first half [of the race] was in one hour and 29 minutes; the second half was faster by nearly a minute. I started fast and finished.”

But Suliman didn’t break the record for the sake of having such an honour attached to his name. He wanted to raise awareness about the “Palestine cause”.

“I wanted to use the cause,” he said.

“I describe myself as an Ethiopian by birth, a South African by residence and a Palestinian by heart,” said Suleiman, who has lived in South Africa for close to 16 years.

He said he chose the leprechaun because of its “mischievous” connotations, without it being offensive.

“The nice part is that if you follow the news and stuff, the Irish people - other than South Africans, who support Palestine because of the apartheid legacy - really support Palestine,” he said.

He ran the race carrying a Palestinian flag.

On crossing the finish line and breaking the record, Sulieman said he was overwhelmed.

“It’s really awesome. It’s really good. When you have an extreme feeling … the first thing is shock. It takes a while to sink in. The real feeling hit last night [Saturday]. I was on the radio [doing an interview] and I was emotional.

“It’s something I do for a cause, but I’m someone ordinary. Someone who has a day job,” he said.

10 of the world's wackiest races

Fancy working on your fitness - or cheering skills - while you see the world? Consider one of these extreme events
Lifestyle
5 months ago

A Banksy painting smashed the record for the mysterious British street artist's work on Thursday, fetching nearly £9.9m (about R185m) at auction, ...
Lifestyle
5 months ago

A 74-year-old woman has become the oldest-ever to give birth after she delivered twins in the Indian state of Andhra Pradesh.
News
6 months ago