Dudu Myeni must prove she can't make it to court, Outa says after second no-show 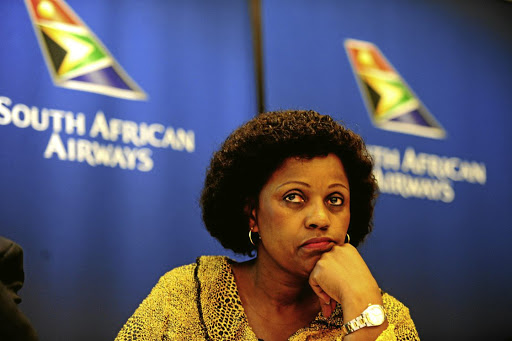 The Organisation Undoing Tax Abuse (Outa) says former SAA chair Dudu Myeni should back up her claim that she could not afford to attend the case to declare her a delinquent director.

The Pretoria high court case against Myeni scheduled for Tuesday was postponed until Thursday, with Myeni asked to file her papers by the close of business on Wednesday.

This after she was set to appear on Monday, but failed to do so. Outa said her lawyers told them she could not afford to travel to court.

The case stems from an application filed by Outa and the SAA Pilots’ Association (Saapa) in March 2017 to declare Myeni a delinquent director as a result of her conduct while she chaired the SAA board from December 2012 to October 2017.

Dudu Myeni a no-show at court for second day

Former SA Airways (SAA) chair Dudu Myeni failed to appear in court in Pretoria for the delinquent director case against her on Tuesday, for the ...
News
2 years ago

According to Outa, Myeni was on Tuesday given a day to file an application for the postponement she sought, and look for a lawyer as she was not formally represented in court.

"Outa and Saaapa intend to oppose any application for postponement and will be asking for a costs order against Myeni if the matter is further delayed," said Outa.

"Tuesday’s hearing started with confusion when her previous attorney of record, Daniel Mantsha, appeared to 'represent' Myeni, who was not present herself, in order to start proceedings and told the court he wasn’t officially representing her but was asking for a postponement on her behalf," said Outa spokesperson, Advocate Stefanie Fick.

“Mr Mantsha must either get instructions so that we can oppose his application for a postponement, or leave the building,” said Fick.

According to Outa, the court was told Myeni had found a lawyer to act on a pro bono basis who would be available to appear on Thursday to make a formal application for a postponement.

"Outa's legal team informed the court that Outa is a publicly funded NGO which is taking this action out of concern over the demise of state-owned enterprises such as SAA. The court dates were allocated in February 2018 and Myeni has been through two sets of lawyers without responding to correspondence.

"Outa has requested an explanation from Myeni to back up her claim that she can’t afford to appear in court or to arrange a lawyer, pointing out that Myeni is listed as being an active director in a number of companies," Fick said.

Former SAA chair Dudu Myeni says she cannot afford to travel to Pretoria for the delinquent-director case against her.
News
2 years ago

Is former South African Airways (SAA) chairperson Dudu Myeni deploying a Stalingrad defence to frustrate the case to have her declared a delinquent ...
News
2 years ago