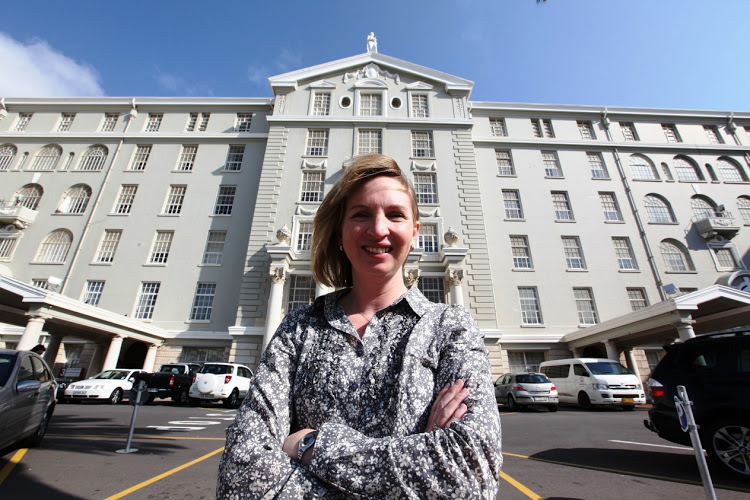 The surgery exams failed by most of the country's final-year students were fairly marked, the Colleges of Medicine of SA (CMSA) says.

This was shown by an international moderation process, the organisation said. The CMSA is a non-profit body which runs, sets and marks the exams for doctors and dentists to become specialists.

It faced an outcry when only 24 of 54 of the final surgery specialists-in-training passed their written exams. The pass mark was first reported as only 14 out of 46.

In September, UCT students wrote a legal letter to CMSA and said they may institute a court review of the process and ask to see every script.

The CMSA asked three international organisations to check the exams and their marking, rather than using local surgeons.

The results from the Colleges of American Surgeons, the West African Colleges of Surgeons and a third body were released on Tuesday, and have shown the exam results were correct, said Flavia Senkubuge, CMSA president.

Would-be surgeons at four medical schools are in revolt after learning they all failed their final written exams.
News
2 years ago

Senkubuge said there had been other classes of registrars writing their final specialist exams, where even fewer than 44% of the class passed. In some cases, less than 30% of all candidates writing exams passed.

She said the outcry had started because it was the “Ivy League universities” which had entire classes failing.

She believes part of the problem is that registrars who are becoming specialists are working so hard in academic hospitals they do not get sufficient time to study. This may explain why so many failed the academic exams.

“We are not surprised by that as their workload is enormous.”

Senkubuge said the blame for failed candidates does not only rest with the colleges of medicine.

"It’s much more complex. It is multi-factorial," Senkubuge said.

She said a shortage of specialists in the health system meant registrars (specialists in training) were not adequately trained. Their professors did not have enough time to do sufficient teaching.

"We were in Limpopo yesterday [Monday] as part of the college listening tours across the country. Registrars are saying what they do each day [in hospitals] is not preparing them for exams.

"One registrar [not part of this exam] once told me there are parts of his life he does not remember at all," she said, adding that this was because he had worked such long hours.

Academics have slammed moves by the department of basic education to introduce an exit-level exam for grade 9 pupils.
News
2 years ago

He was four years behind in doing personal administration, he had told her.

Another said he had never had "a journal club" in four years of training, which is a meeting with a professor where doctors discuss the latest medical articles and research.

"It is not that his lecturer was bad," she said.

The registrar said the professor arrived at 5am and left work at 10pm, but the demand in clinic and theatre for treatment was so high the professor did not have sufficient time to teach students, she said.

Following the large surgery failures, she said a high-level investigation would be started at the end of the month to look at CMSA processes and examination procedures, as well as the training by the candidates' universities.

It would examine if overworked registrars had sufficient training and enough time to study.

Senkubuge said the investigation should be complete before the end of the year and the report would be given to the media. She said it would look into allegations of a leaked memo that have swirled since the results were made public.

College of Surgeons president Zach Koto said the number of students passing surgery had been dropping for some time, and this was a concern.

“We flagged this at our last council meeting. After achieving our high pass rate [every year] there is a noticeable decline in the pass rate.

"Our candidates preparedness has certainly has got worse," said Koto.

A mother has gone to the Human Rights Commission in a bid to keep her son in medical school at Wits University.
News
2 years ago

The college denied there were any problems with the quality of people marking the exams. Koto said they have some of "best examiners in the world".

Head of the surgery department at Wits, Prof Martin Smith, and UCT head of surgery, Prof Elmi Muller, said they had not expected their entire classes to fail.

"I have never seen this bloodshed," Smith said at the time.

Senkubuge said another problem with this exam was that many of the failed students are  from Libya, Kenya and other African countries. They are trained as part of South Africa’s commitment to training African specialists, she said.

But they have different undergraduate training and come from different health systems with a different burden of disease.

The CMSA would also investigate the type of African candidates they are enrolling as so many were struggling to pass, she said.

Koto said the college of surgeons was concerned about the pass mark, but it would not drop its standards. He insisted the internal moderation was independent, even though the surgeons who checked each other's marking usually knew each other.

The college said it used international moderators to do the moderation and exam-checking to ensure that it was completely impartial.