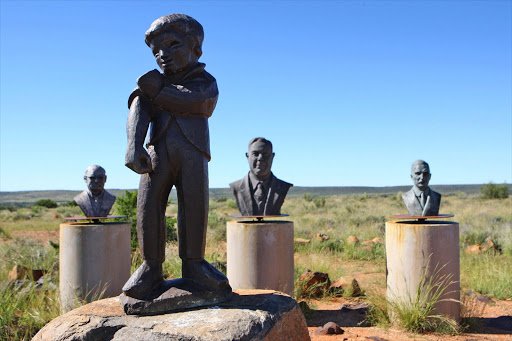 The principal of a school in Orania first became aware of the allegations on September 16, when members from the police’s child protection unit visited the school to investigate.
Image: Shelley Christians/ Sunday Times

Police have arrested a teacher from the whites-only town, Orania, in the Northern Cape, for allegedly raping a minor.

Police spokesperson Captain Olebogeng Tawana confirmed that the teacher had been arrested and was charged with statutory rape.

Chairperson of the board of the Volkskool Orania, Carel Boshoff, said the principal of the school first became aware of the allegations on September 16 when members from the police’s child protection unit visited the school to investigate a complaint of child molestation..

Boshoff said at the time of the investigation, the teacher had been out of town for two weeks to complete practical studies in Johannesburg.

According to Boshoff, the police had disclosed little information about the incident.

“It appeared that other premises were also visited and that the investigation had no relation to the operation of the school or its activities during school hours or organised after-school activities.”

Boshoff said the executive committee had a meeting and informed the teacher via WhatsApp that he had to contact the principal on his return.

A decision was made that the teacher was not allowed to enter the school premises or make any contact with pupils.

He said the teacher had a meeting with the principal on the evening of September 21 and he was arrested on September 23.

The teacher appeared in the Hopetown Magistrate’s Court on September 24 and was released on R5,000 bail.

The teacher was handed a letter and had not returned to Orania since.

“The letter confirmed that you are legally not guilty of an offence before being convicted, but that the school had to cut all ties,” he said.

“We would like to emphasise that Orania's community institutions and Volkskool in particular responded to the matter as quickly as possible and are giving all possible assistance to the investigation.”

Two teachers and an administrative clerk have been arrested for alleged child rape, Eastern Cape police said on Wednesday.
News
2 years ago

The student was found bound and gagged in her apartment.
News
2 years ago

Veronique Makwena is backed by her community and organisation Enough is Enough after she cut off the penis of a man she believed raped and killed her ...
News
2 years ago