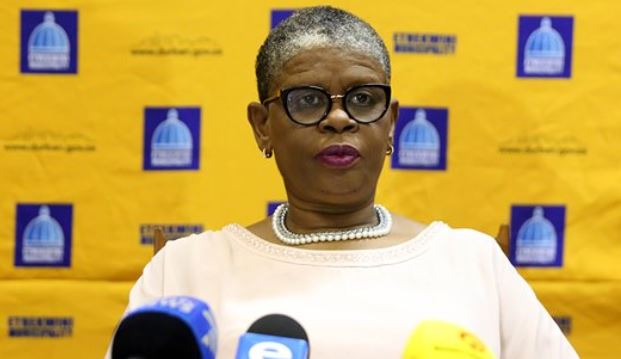 The Hawks and Asset Forfeiture Unit swooped on several properties, including the home of former eThekwini mayor Zandile Gumede, early on Thursday morning.

She said the seizure of property, luxury cars and cash believed to be the proceeds of crime was in relation to Gumede’s multimillion-rand fraud and corruption case.

The former mayor faces a charge of unduly influencing the awarding of a tender in relation to a R208m Durban Solid Waste (DSW) contract awarded in 2016.

Officers initially went to a home in Umhlanga she had been renting, before moving onto her property in Inanda.

The Hawks raided properties owned by former Durban mayor Zandile Gumede on October 10 2019. Various assets such as luxury cars and cash were seized as part of an ongoing corruption investigation.

The eThekwini executive council (exco) meeting to elect Durban's new mayor got under way with a surprise visit by the former mayor at the City Hall ...
Politics
2 years ago

Mxolisi Kaunda has been officially elected as the new mayor for eThekwini, replacing the controversial Zandile Gumede.
Politics
2 years ago