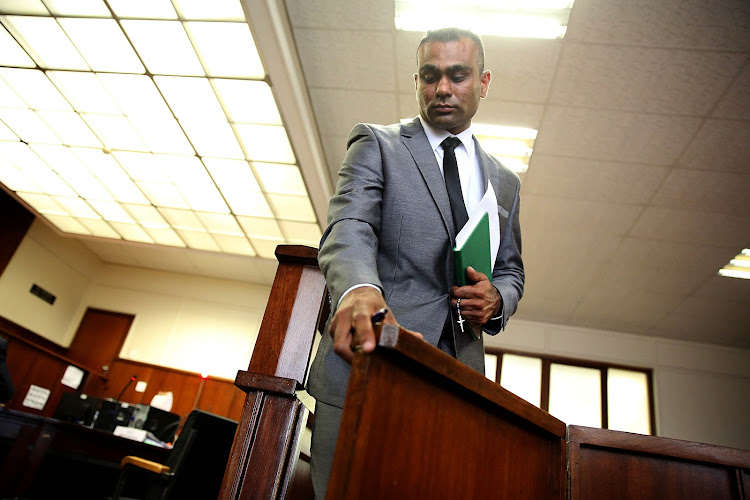 Durban motorist Omesh Ramnarain, who was sentenced to 10 years' imprisonment for the deaths of two cyclists on the M4 in 2016, is a free man.

On Friday, KwaZulu-Natal appeal judges Kate Pillay and Muzikawukhelwana Ncube set aside his convictions on two counts of culpable homicide, saying his version - including the possibility that his vision had been impaired because a rock had been thrown at his windscreen - was reasonably possibly true.

"He was the only witness who could testify about the actual collision. There is nothing to suggest that his conduct deviated from what the reasonable driver would have done in the circumstances.

"It is regrettable that the state was unable to produce more cogent/scientific evidence. It is sad that two innocent lives were lost. Such loss caused enduring pain to the families, friends and relatives. However, the law requires that each case be decided on its own facts and the applicable legal principles,” the judges said.

Cyclists Richard da Silva and Jarred Dwyer were at the back of a pack on an early morning ride up the KwaZulu-Natal north coast when Ramnarain, who was returning from a nightclub, smashed into them.

While witnesses said he smelled of alcohol, the blood test was taken outside of the legislated two-hour window period and was not admitted into evidence during his trial.

He claimed to have had four drinks during the evening and said he did not see the cyclists at all.

The police investigation into a crash which resulted in the deaths of two cyclists on the M4 near Durban in 2016 - and the subsequent prosecution of ...
News
2 years ago

His windscreen "smashed" and he swerved to the left before hearing two bangs.

It was only some days after the accident that he discovered a rock in the well of the passenger seat in his car. The rock had been photographed by police at the scene.

During argument in the appeal hearing, judge Pillay commented that the police investigation into the crash had been so badly handled it was "mind boggling" - there had been no proper accident reconstruction and the blood alcohol test had been done out of time.

In the written ruling, the judges said it was common cause that cyclists were not allowed on that part of the M4 and therefore a "reasonable driver would not have expected to see them there".

"His version was that immediately before the collision something struck his windscreen, shattering it and affecting his ability to see. He swerved to the left and heard another bang.

"There were no eye-witnesses. The magistrate decided the case on his own version but rejected the possibility that his windscreen had been struck by a rock.

"He disregarded the objective evidence that a rock was found on the floor of (Ramnarain’s) car on the passenger side below a hole in the windscreen.

"The possibility of a rock having been thrown from the bush is supported by a witness who said she saw two young Indian males running away from the scene."

They said any reasonable driver, faced with an emergency, would have swerved to the left and stopped in the emergency lane, not expecting cyclists to be there.

Ramnarain spent a month in jail after being denied bail pending leave to appeal by trial magistrate Anand Maharaj but was released following an application in the Durban High Court.

Durban motorist Omesh Ramnarain‚ who was sentenced to serve 10 years in prison for crashing into and killing two cyclists - was freed from prison on ...
News
3 years ago

Omesh Ramnarain‚ convicted on two counts of culpable homicide after crashing into cyclists Richard da Silva and Jarred Dwyer in 2016‚ pleaded for ...
News
4 years ago