Dressed in colours of her rapist, South African walks 700km to raise funds for rape survivors 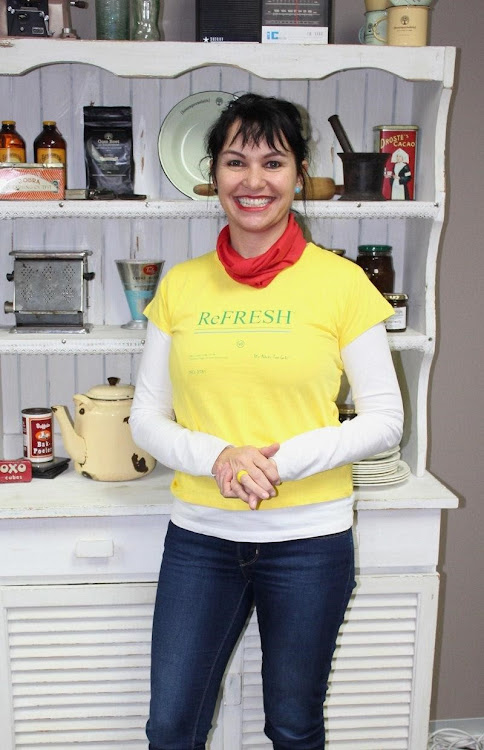 Hiking through fields and along dirt roads, a rape survivor finished a more than 700 kilometre walk across South Africa on Saturday.

Leilani Kuter walked 27 kilometres for 27 days to mark 27 years since she survived a brutal rape, raising money along the way for survivors of sexual assault and encouraging women "not to give up on themselves".

"This walk has forced me to release my emotions and speak out so others feel brave enough to do so too," said the 45-year-old.

After being violently raped in 1992 and left for dead, Kuter went on to start a successful marketing agency and a dating site. It took her 10 years to share her trauma with others.

"I numbed my pain for so many years," Kuter told the Thomson Reuters Foundation by phone.

Women in South Africa have endured a spate of rapes, kidnappings and murders in recent years.

Around 3,000 women were murdered in 2018 - around one every three hours - which is more than five times higher than the global average, according to the World Health Organization.

Kuter's walk aimed to show that "everyone deserves to be safe" in a country where only three in 10 women feel comfortable walking at night according to the 2017 Women, Peace and Security Index.

Kuter crossed five provinces and was joined along the way by students, survivors of sexual assault and parents of children killed in violent crimes.

"I feel exhausted but happy. There is not one emotion I have not experienced," she said.

While walking across the country she dressed in yellow, the colour of the clothes worn by the man who raped her.

"It is actually such a happy colour," she said.

"We cannot give rapists control over our lives. The rape will always be a part of me, but I make a decision every day to not let it define me," Kuter said.

Kuter said she raised around R200,000 for counselling and emergency comfort packs for rape survivors.

"We need to listen to girls and women when they speak out. We need to believe them," said Kuter.

Police have arrested a teacher from the whites-only town, Orania, in the Northern Cape, for allegedly raping a minor
News
2 years ago

Veronique Makwena is backed by her community and organisation Enough is Enough after she cut off the penis of a man she believed raped and killed her ...
News
2 years ago

Rapist whose tongue was bitten off by victim gets life term

A convicted rapist who had a piece of his tongue bitten off by a victim has been sentenced in the Bloemfontein Magistrate’s Court to life ...
News
2 years ago