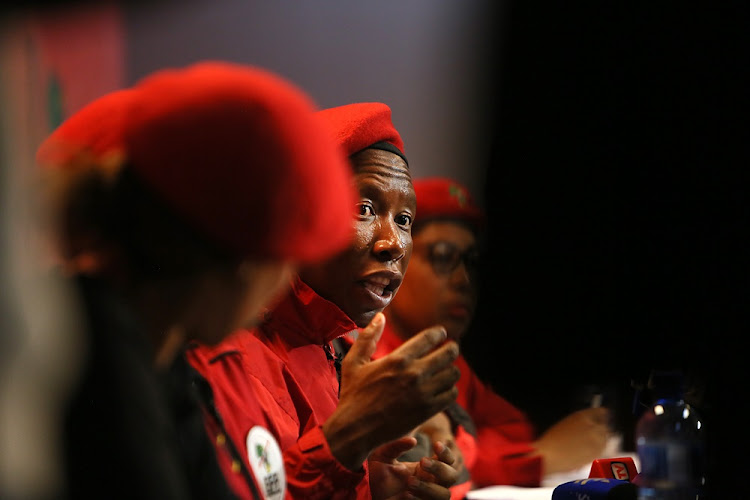 A crowdfunding drive is under way for veteran radio journalist Barry Bateman after he was docked one month’s pay for calling EFF leader Julius Malema a "p**s".

The journalist was caught on camera using the derogatory phrase just moments after posing questions to Malema. He was in conversation with another reporter when the comment was made.

Bateman was pulled off air after the clip went viral on Twitter.

This week he issued an unreserved apology to Malema, his employer Eyewitness News, all South Africans and “all women” for last month's off-the-cuff remark.

“As a senior journalist and a citizen of South Africa, I have a duty to uphold the highest ethical standards and professional conduct, whatever the circumstances or differences I may have with other newsmakers,” he said in Tuesday's apology.

“My comments went against my company's values and risked undermining the important role it plays in promoting gender equality, its contribution to the country's war against gender-based violence, and its role in building trust as an ethical media house.

Radio man Barry Bateman has issued an unreserved apology to EFF leader Julius Malema, his employer, Eyewitness News, all South Africans and "all ...
News
2 years ago

“I have accepted the disciplinary charges immediately instituted against me by EWN, as well as the consequences that my actions have borne. This includes a one-month suspension without pay for the month of October and a final written warning for my conduct, valid for 12 months," he said.

“My friend, and journalist, @barrybateman has been suspended without pay following an incident last month for which he has apologised. If you’re able to help him make ends meet this month please consider making a donation,” he said.

Speaking to TimesLIVE, Witt said that the initiative was his idea, but insisted he was not interested in personal publicity for “trying to help Barry”.

“I became aware that Barry had been suspended without pay, I realised this would probably make it difficult for him financially and offered to start a crowdfunding initiative, to which he agreed.”

Bateman would not be drawn to comment when contacted on Wednesday.

South Africans woke up in disbelief on Tuesday to discover a derogatory word, often dropped in heated conversation in the Western Cape, trending on ...
Politics
2 years ago

Helen Zille on radio station's apology: EFF won't accept it as 'it was not grovelling enough'

Former DA leader Helen Zille says the only reason EFF leader Julius Malema and his party won't accept Eyewitness News's apology is that it "was not ...
Politics
2 years ago