WATCH | 'It's something I have to live with every day': Unsettling moments from Dros rapist's testimony 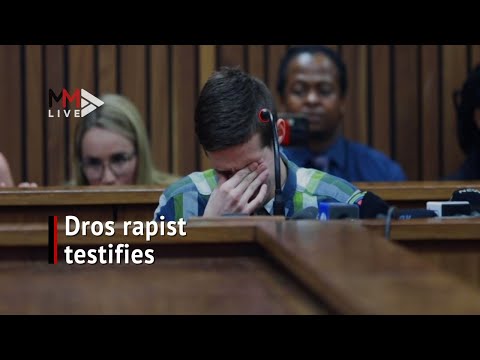 Convicted rapist Nicholas Ninow testified in the Pretoria high court on Wednesday that his rape of a 7-year-old girl was something he had to "live with every day".

It was "something that I can't take back", he said.

Ninow testified in court as part of sentencing procedures after he was found guilty of raping the girl in the bathroom of the Dros restaurant in Silverton, Pretoria, in 2018.

Ninow, described a troubled childhood, attributed his admitted excessive drug use to his mother, who was a drug addict and the first person to introduce him to chemicals.

He also told of times where he was abused as a child. His psychiatrist confirmed he was physically and emotionally neglected as a child, and sexually abused.

According to Ninow, he was not in the right state of mind when he raped the girl in the ladies' bathroom of the restaurant.

The 22-year-old said he welcomed punishment for his crime, and hoped to be rehabilitated.