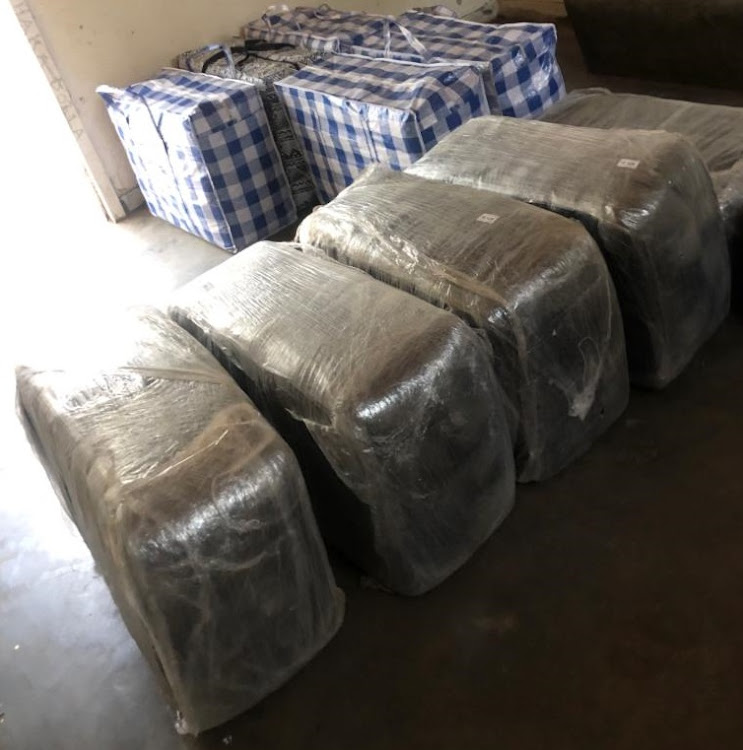 The dagga is believed to have been destined for Namibia.
Image: Saps

Four people have been arrested for dealing and smuggling in dagga, Gauteng police said on Thursday.

Police spokesperson Brig Mathapelo Peters said after receiving information, officers from the K9 unit intercepted a Toyota Quantum in Alberton and found compressed dagga worth an estimated R4.2m and cash.

Further investigation led police to a house in Meyerton, where dagga with an estimated value of R1m was seized, Peters said.

The dagga was believed to be destined for Namibia.

The suspects will appear in the Palmridge regional court on Thursday.

The department of correctional services has warned the public against smuggling contraband into prisons, after a woman was arrested for possession of ...
News
2 years ago