Durban man escapes as car bursts into flames on freeway 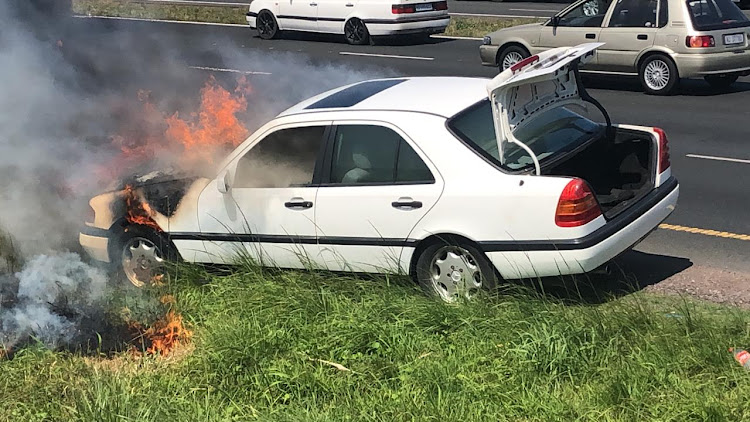 A Durban man was lucky to escape after his car caught alight on Friday afternoon.
Image: Supplied

A Durban man was lucky to escape after his car caught alight on the N2 freeway on Friday afternoon.

Netcare911 spokesperson Shawn Herbst said that paramedics received a call shortly after 1.30pm that a vehicle was on fire on the north-bound carriageway of the N2 near the KwaMashu interchange.

"Reports from the scene indicate that the driver of a light motor vehicle experienced electrical issues with the car. When he pulled off to the side of the road the vehicle burst into flames," said Herbst.

There were no injuries reported, but the vehicle sustained "substantial damage".

A car burst into flames on the R102 in Durban on Saturday.
News
2 years ago

A schoolgirl in Carletonville required emergency paramedic treatment after an accident while climbing over a palisade fence.
News
2 years ago

Traffic on one of Durban’s busiest highways came to a standstill on Monday after a truck caught alight and capsized on the notorious road.
News
2 years ago