Community seeks justice after 'rape' of toddler in Gauteng

Mother 'is suicidal and blames herself' for alleged incident 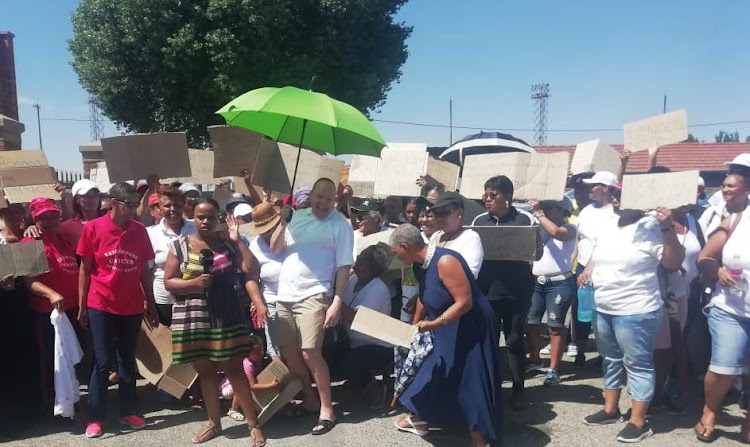 Angry residents protest outside the Boksburg magistrate's court on Monday. They had expected an alleged child rapist to appear in court, but the matter had been postponed without their knowledge.
Image: Supplied

Scores of residents from Reiger Park in Boksburg arrived at court on Monday to demand justice after the alleged rape of a toddler in the suburb by a man known to her family.

They expected the 34-year-old suspect to appear in the Boksburg magistrate's court, but unknown to them the matter had been postponed.

Community leader Leah Lance said residents were livid about the alleged rape and wanted the harshest possible sentence to be handed down by the court.

“The community is angry. This is why men and women came out in numbers to show support and demand justice for the mother and her child," she said.

“The mother is not well. She has been crying throughout. She is suicidal and blaming herself for what happened.

Police spokesperson Capt Mavela Masondo said a case of rape was opened last week but the suspect, who is known to the mother, was found only at the weekend.

“The complainant [mother of the child] came to the police on Wednesday after she had asked [the suspect] to take the child to her childminder [on Tuesday] as she was going to work. When she returned to pick up the child, she was told the child was never bought in,” said Masondo.

The mother arrived at home and was told by the suspect that the child was sick. The child was taken to a doctor on Wednesday, who confirmed she had been raped, said Masondo.

"We cannot turn a blind eye to gender-based violence. Too many of these incidents have taken place. We will be in court until justice is served," said Lance.

'Her death has cut deep into our hearts,' says family of six-year-old rape victim

The heartbroken family of 7-year-old Boitumelo Matsekoleng want her alleged rapist to rot in jail.
News
2 years ago

Dros rapist Nicholas Ninow showed no remorse for raping a seven-year-old girl in a restaurant toilet cubicle and should spend his life behind bars.
News
2 years ago