If a pandemic strikes, SA is well placed to deal with it, global report finds 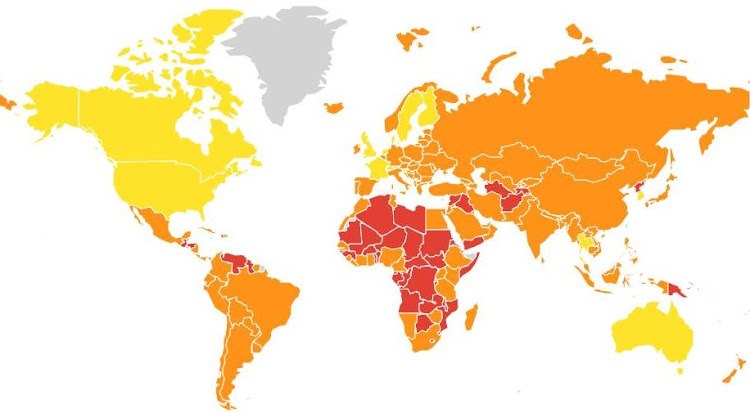 Countries shaded yellow are best prepared to deal with an event that poses a threat to humanitry, countries in red are the least prepared and the orange ones - including SA - are in the middle.
Image: Global Health Security Index

SA is way ahead of most countries when it comes to preparedness to respond to a deliberate or accidental threat with the potential to wipe out humanity.

The country came 34th out of 195 in the first comprehensive assessment of global health capabilities assessed on this basis. 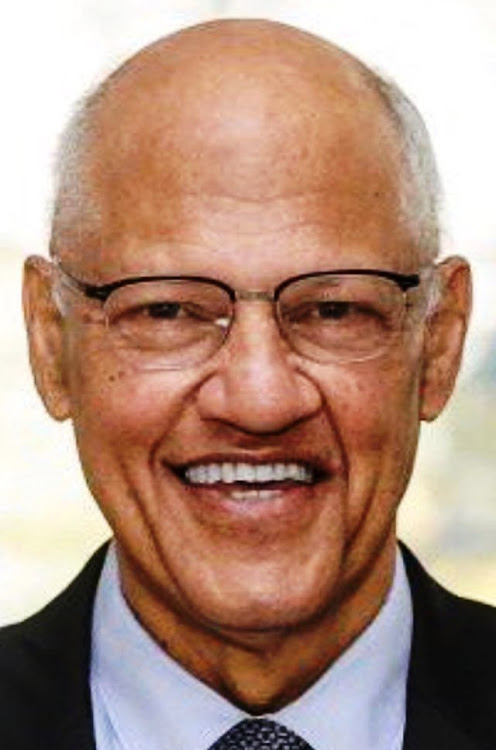 One of the international panel of experts who worked on the new Global Health Security Index was former DA MP Wilmot James, now visiting professor in political science and paediatrics at Columbia University in New York. James is a former dean of humanities at the University of Cape Town.

The index assesses factors critical to dealing with threats, such as robust health systems, adherence to global norms, and political and security risks, including public confidence in government.

SA does well in five of six preparedness categories but is below par in an assessment of compliance with international norms. Its score is dragged down by a particularly low rating when it comes to financing.

It is the best prepared African country, with the next best — Kenya — featuring 21 places lower on the index. Equatorial Guinea is in last place.

Some affluent countries, such as Saudi Arabia and the United Arab Emirates, scored less than 50 out of a possible score of 100. The average score among all 195 countries was 40.2, and SA’s score was 54.8.

The #GHSIndex finds that no country is fully prepared for epidemics or pandemics, and every country has important gaps to address.

The index is a project of the Nuclear Threat Initiative and the Johns Hopkins Center for Health Security in the US. More than 100 researchers spent a year collecting and validating data. 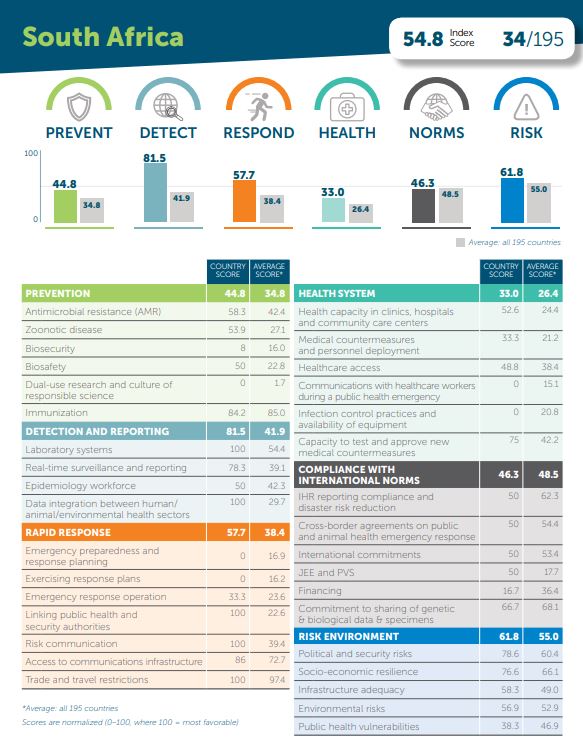 Since the 2014-2016 Ebola epidemic killed more than 11,000 people, many countries — especially in Africa — had been more willing to report their level of preparedness, said Cameron.

“But in terms of financing to fill the gaps, not enough has been done,” she said.

There needed to be a fundamental shift in understanding that biological catastrophes are a major peace and security risk, Cameron said. Biological threats were catastrophic, yet responsibility for them was “buried in the bowels of health ministries around the world”.

Tanzania has declined to provide detailed information on suspected Ebola cases, the World Health Organisation (WHO) said, posing a challenge in ...
News
2 years ago

Scientists are a step closer to being able to cure the deadly Ebola hemorrhagic fever after two experimental drugs showed as much as 90% chance of ...
Lifestyle
2 years ago