‘My painting highlights unemployment in SA’ – artist hits back 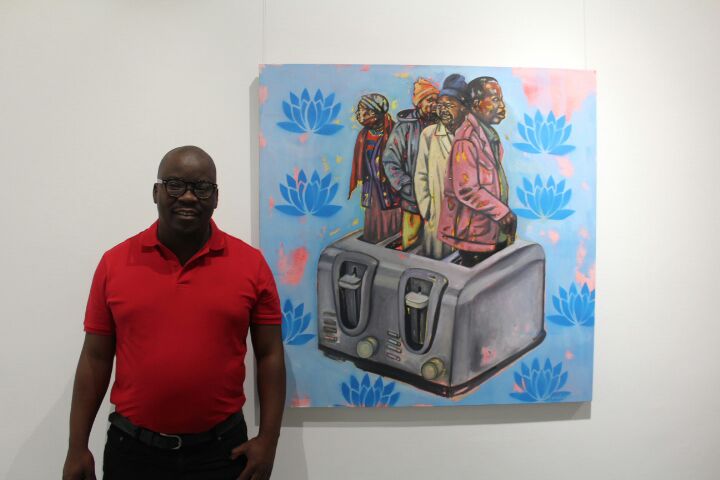 Artist Khaya Sineyile shared this photo on Facebook on December 24 2017. The painting was chosen for display at a new Nando's outlet in the UK - and caused an outcry.
Image: Khaya Sineyile via Facebook

SA artist Khaya Sineyile has hit back after Nando’s took down one of his artworks at a new Nando's restaurant in the UK, following complaints from customers.

The painting, which depicts four black people in a toaster, was removed last week after it was decried as “racist”.

The artwork is titled "A half a loaf is better than none"and is dated 2017.

Sineyile, from New Crossroads in Nyanga, Cape Town, has explained the true meaning behind his painting.

After the removal of the painting at the Birmingham restaurant, he said it would remain part of Nando’s' collection.

“It will be put into the Nando’s head office or in another Nando’s where customers will accept the painting.”

Even those who are educated and have degrees, find it difficult to get a job in the country, he said.

“Some families don’t have anyone who works. They have to wake up early and they stand in a queue waiting for work, and get toasted by the sun, and it’s not just the sun, it’s the government too who is toasting us,” he said.

In the past, Sineyile’s work was selected for display at the revamped Nando's HQ in downtown Johannesburg in 2015. The following year he was invited to its Jika Jika exhibition in Qatar.

“I’m really happy that my work has gone viral on social media and in the media as well. Now people are starting to notice my work, that I’ve worked so hard for.

“So for me it’s another achievement. Now, people are aware of Khaya Sineyile so I’m very, very happy about the matter.”

Nando's launched its art initiative in 2001 when it called for applications, to "share Mzansi’s art, design and music talents with the world".

The Nando's art collection now has more than 21,300 pieces, according to its website.

Nando's has taken down a painting by a black South African artist at one of their restaurants in the United Kingdom, due to complaints from customers.
News
2 years ago