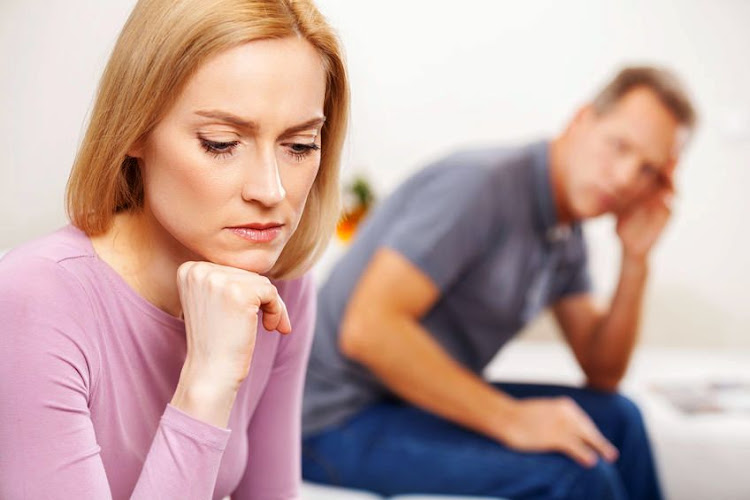 A Cape Town woman wants R9m from her husband after discovering two months before their sixth wedding anniversary that he is gay. File photo posed by models.
Image: 123rf/gstockstudio

A Cape Town woman whose six-year marriage fell apart when her husband told her he was gay has sued for R9m in damages.

The woman’s application to the high court in Cape Town asked for R5m for emotional pain and psychological trauma, and R4m for loss of income and “financial prejudice”. 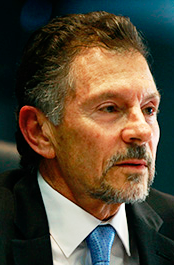 Judge Mark Sher struck the application from the roll and ordered the woman’s attorney to forfeit his fees and to pay her husband’s costs.
Image: judgesmatter.co.za

“The basis for the damages claim and the extraordinary sums which are sought ... is that the [husband] is alleged to have ‘misrepresented’ to her, prior to their marriage, that he was a heterosexual male who wished to marry her so that they could have children in a heterosexual, monogamous marriage,” judge Mark Sher said in his judgment on Wednesday.

Two months before the couple’s sixth wedding anniversary, the husband told her he was gay, “since which time they have no longer lived together as man and wife”, said Sher.

“[The wife] avers that until this revelation in September 2018 she was unaware of [her husband’s] sexual orientation.”

The woman’s claims were made in a rule 43 application, which is a legal procedure that can be used to resolve issues such as maintenance and custody during the interim period before a divorce is finalised.

Sher struck the application from the roll and ordered the woman’s attorney to forfeit his fees and pay her husband’s costs. He said Fareed Moosa had thrown everything but “the proverbial kitchen sink” into a 368-page application which was supposed to be a summary.

In his order, the judge described Moosa’s approach as an “irregular step and an abuse of process”, and said the application must not be re-enrolled unless it was done in accordance with rule 43.

Elsewhere in his judgment he said the “wide-ranging and egregious abuse of process” had already produced bills from Moosa totalling more than R206,000, “which no doubt explains the extraordinary amount of R400,000 which was claimed [from the husband] as a contribution to [the wife’s] costs”.

Said Sher: “The first part of [the wife’s] affidavit is largely devoted to narrating, in the finest and most intimate detail, how [the husband] came to reveal that he was homosexual.

“It goes on to set out in further explicit detail the contents of highly private and personal communications.

“In similar vein, [the wife] makes reference to the outcome of internet searches which she conducted in relation to [the husband’s] private internet browsing activity, and even the contents of very private and personal communications between him and his priest are set out.

“Publication of this material could be said to constitute an unjustified breach of [the husband’s] right to privacy, if not that of [the wife] herself.”

Sher said another part of the affidavit  prepared by Moosa “in flagrant breach” of rule 43 attempted to cast doubt on [the husband’s] defences in the divorce proceedings.

“In doing so, [the wife] once again makes reference to private communications ... which deal with his sexual orientation and proclivities.”

The judge said “all of this material is clearly devoid of relevance” and Moosa had admitted that much of the information he had submitted, “including the voluminous record of WhatsApp messages”, was there to “cast doubt” on assertions by the husband.

“Once again, none of this is in any way relevant to [the wife’s] claim for maintenance and a contribution to costs,” he said, adding that Moosa’s approach raised “troubling questions” about his conduct.

“By any standard this seems to be an excessive amount ... notwithstanding the parties’ societal standing, [the husband’s] alleged means and the scale of the litigation thus far,” he said.

Moosa, who is head of the department of mercantile and labour law at the University of the Western Cape, told TimesLIVE on Thursday  he would be applying for leave to appeal against Sher's entire judgment.

A US woman settled her divorce bill in coins.
News
2 years ago

WATCH | A new dating show for divorcees: here’s what you need to know

Here is what you need to know:
TshisaLIVE
2 years ago