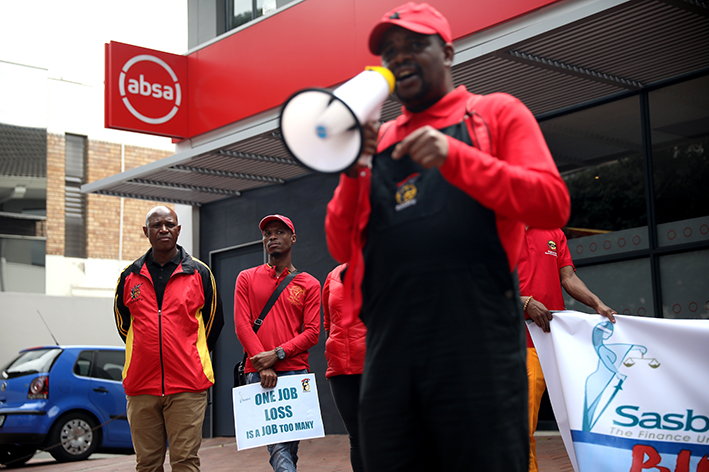 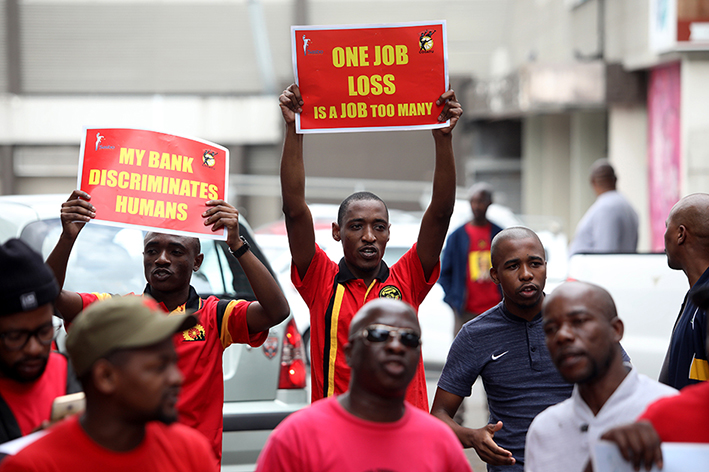 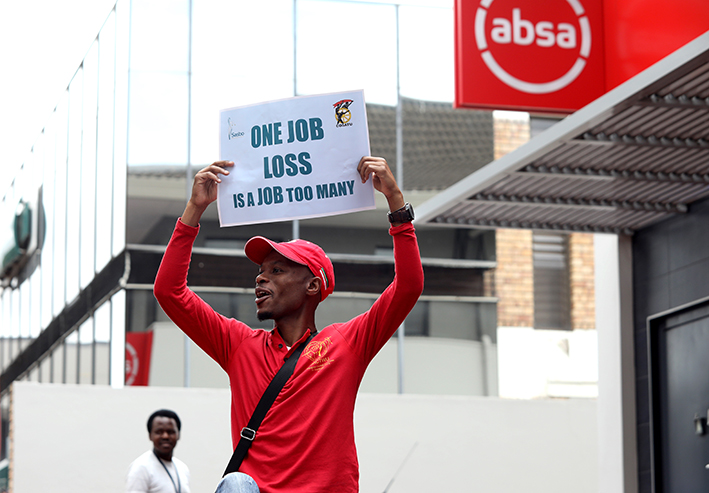 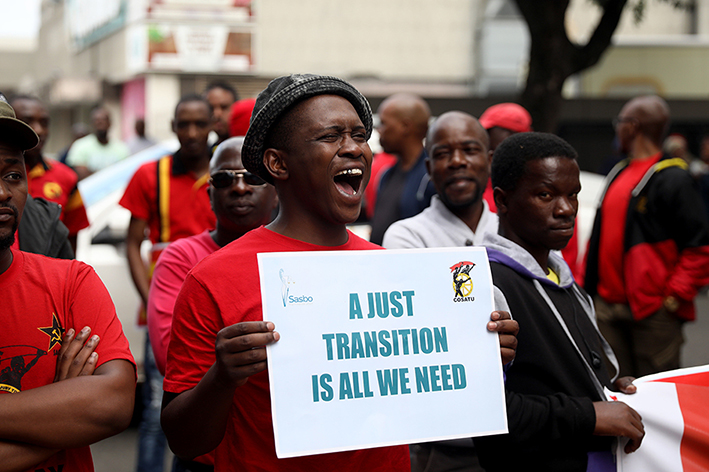 Members of Cosatu in KwaZulu-Natal embarked on a peaceful protest in Durban on Friday, calling on the banking sector to refrain from retrenching workers.

Their picket fell in line with September's threatened national banking shutdown, in which the union warned that between 45,000 and 50,000 of its members would go on strike.

About 80 Cosatu members gathered along Brand Road in Glenwood, where there are branches of First National Bank, Absa, Nedbank and Standard Bank.

A bitter fight is brewing in the tripartite alliance over economic policy, with the SA Communist Party (SACP) proposing an overhaul of macroeconomic ...
Business
1 year ago

Cosatu provincial chairperson Skhumbuzo Mdlalose said the union was targeting the “big four” banks, who he said had benefited more than the working class in the past 25 years of democracy.

“They have multiplied and tripled their profits. They have actually maximised their profit to an extent that they should not even think about downsizing or restructuring the workplace,” he said.

He said workers in the banking sector should retain their jobs and the sector itself should open more branches and employ more people considering the major role the financial sector plays in the country's economy.

“They must also invest in industrial development, they must promote the establishment of industries — supporting the manufacturing sector so that more people are employed.”

He said SA's banks had not contributed “an inch” in developing the country, but were instead doing the exact opposite by retrenching people.

He added that although banks were planning on retrenching about 5,000 workers, as many as 50,000 people could be worse off because “each and every worker supports ten people around them”.

“We are targeting South African banks, the so-called 'big four' banks, to continue with our campaign to defend jobs and ensure that the banks do not form part of the industries that are retrenching workers left, right and centre.”

Finance union Sasbo said it will appeal the judgment passed by the Labour Court on Thursday, which interdicted the union from engaging in the ...
News
1 year ago

Planned protests against retrenchments in the banking sector cannot go ahead, the Labour Court has ruled.
News
1 year ago