DUT establishes inquiry into the death of student Mlungisi Madonsela 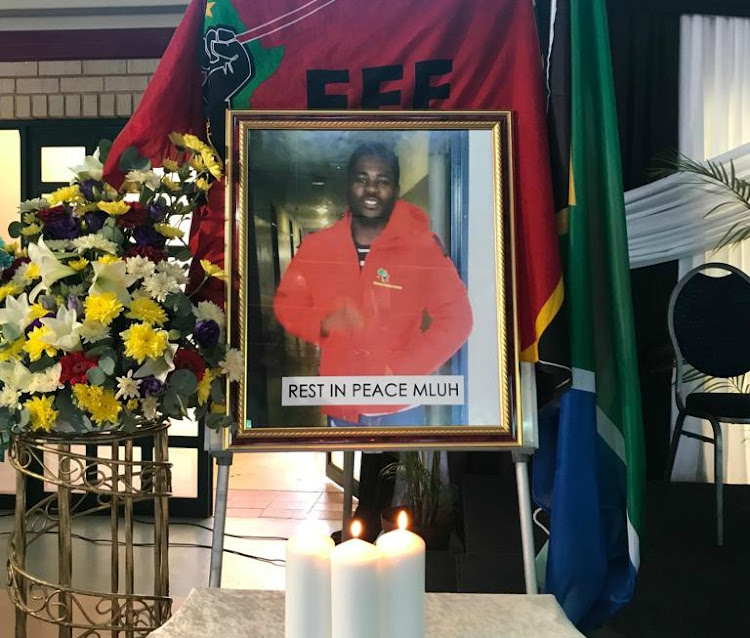 Durban University of Technology students held a memorial service on February 12 2019 in honour of Mlungisi Madonsela, who died after being shot in an altercation with security guards.
Image: Thuli Dlamini

The Durban University of Technology has established an independent inquiry to investigate the death of student Mlungisi Madonsela.

The commission will be chaired by former deputy president of the Supreme Court of Appeal, Justice Khayelihle Mthiyane.

In a communique issued to staff and students on Wednesday, the university said that the commission would look into the events that lead to Madonsela’s death as well as a staff member being injured in February.

Madonsela, a final-year public administration student, was shot outside the university's Steve Biko campus, allegedly by a security guard, in February during clashes between students and private security guards. He died in hospital.

“The inquiry panel may request specific members of staff and students to appear before it, in order to assist by providing specific information that may be required. Council requests that all stakeholders support and assist the Honourable Justice Mthiyane and Professor Nkondo in the execution of their duties with the inquiry,” said the university.

Following Madonsela’s death, the National Prosecuting Authority (NPA) declined to prosecute due to lack of evidence.

The inquiry will begin its investigation on November 11 and will be expected to provide the university with steps to help better manage student unrest in the future.

Meanwhile, the university has confirmed that Msizi Mbutho, the man who has been charged with the murder of first-year industrial engineering student Sandile Nldovu, is not a student at the institution.

Mbutho will appear in court again on November 6.

Sandile Ndlovu's killers could only be fellow students, claims DUT

The Durban University of Technology believes the prime suspects in the stabbing of Sandile Ndlovu could only be fellow students.
News
2 years ago

The National Prosecuting Authority (NPA) has declined to prosecute in the shooting incident of Durban University of Technology (DUT) student Mlungisi ...
News
3 years ago

The family of slain Durban University of Technology (DUT) student Sandile Ndlovu are not getting their hopes up ahead of the appearance in court of ...
News
2 years ago