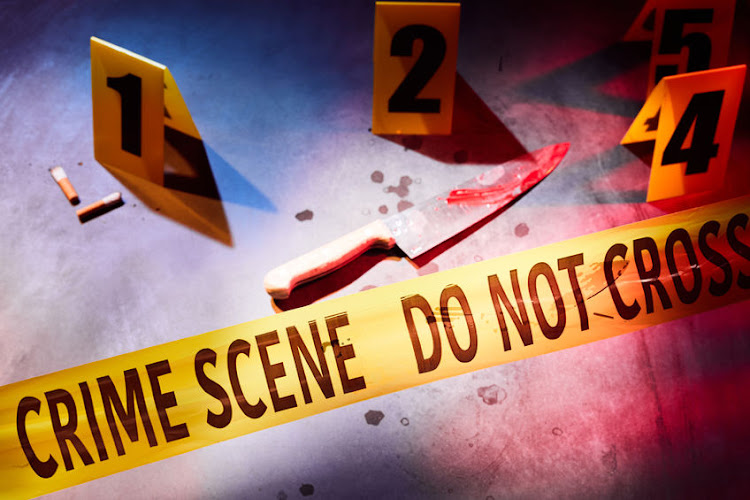 A man has been jailed for murdering his wife and injuring her two sons when they responded to her screams. File photo.
Image: foodandmore /123rf.com

A 44-year-old North West man has been jailed for 15 years for murdering his wife.

Police spokesperson Brig Sabata Mokgwabone said Simon Nthutang Makgetla was sentenced by the Itsoseng regional court on Friday. He received an additional four years imprisonment for assault with the intent to do grievous bodily harm for attacking his stepsons.

The tragedy occurred on December 12 2015 at Verdwaal 2 village near Itsoseng.

Police said the body of Lebogang Makgetla was found in a pool of blood in the kitchen shortly before midnight. The court heard that the victim, aged 40, had been stabbed with a knife by her husband during an argument.

The stepsons, William Sekolo, 24, and Letlhogonolo Sekolo, 22, were in their bedroom when they heard their mom’s screams.

Makgetla stabbed them when they went to investigate, said Brig Mokgwabone.

Boyfriend of teacher stabbed to death in Clanwilliam appears in court

The boyfriend of 26-year-old schoolteacher Allison Plaatjies - who was found dead in her apartment in Clanwilliam, north of Cape Town, on Sunday - ...
News
1 year ago

Police have arrested a man in connection with the murder of DUT student Sandile Ndlovu in September.
News
1 year ago

Man stabbed to death at Umhlanga hotel was a top surgeon

The 51-year-old man who was found stabbed to death in the corridor of a plush Umhlanga hotel has been identified as top orthopaedic surgeon Dr Melvin ...
News
1 year ago

Parents and the community of Eastwood in Pietermaritzburg are urging the KwaZulu-Natal education department to deploy extra security at Eastwood ...
News
1 year ago