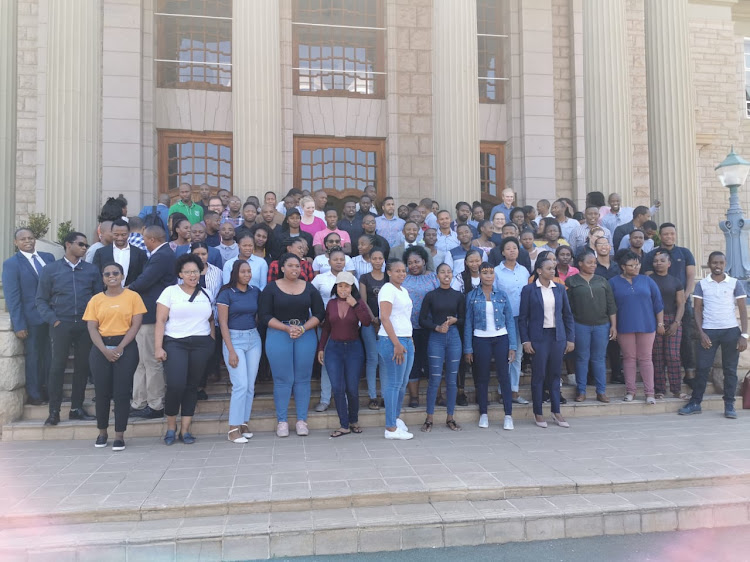 Transnet says more than 100 graduates will work at the state-owned company.
Image: Supplied

While SA continues to grapple with unemployment, rail, port and pipeline company Transnet has selected more than 100 graduates to train and later be employed by the company.

It forms part of extensive programmes into which Transnet has an invested R700m for the 2018/19 financial year.

“We consistently focus on ensuring that we take engineers and technicians, while others are retrenching and not taking any more engineers,” said Monakali.

Transnet has trained 1,667 engineers and technicians to work on SA’s rail system since 2012.

Some of these graduates have gone on to occupy senior positions at the rail transport company, as GMs, chief engineers, infrastructure managers, depot engineers and principle managers.

Monakali told the graduates that Transnet will embark on an aggressive infrastructure renewal programme over the next five years, which will be aimed at improving the quality of the country’s rail network.

Transnet has been plagued by issues including disruptions, delays, inadequate resources and outdated equipment.

SA is struggling with increasing levels of unemployment, with Stats SA data for the third quarter showing 29.1% of South Africans are not employed. Over the past year, employment in utilities and transport declined by 23,000 and 21,000 respectively.

Speaking on the sidelines of the induction, Monakali said: “It’s [the programme] a positive contribution from us [towards] reducing unemployment. There are a lot of graduates sitting at home who don’t have work.”

Monakali said Transnet has been part of the graduates’ journey since they were students. For the next two years, the graduates will be in a skills development programme after which it is expected they will be placed in permanent positions.

President Cyril Ramaphosa’s opening speech to the second annual investment conference was a balancing act between acknowledging the problems ...
Politics
2 years ago