IN QUOTES | AfriForum: Senzo Meyiwa shouldn't have lost his life 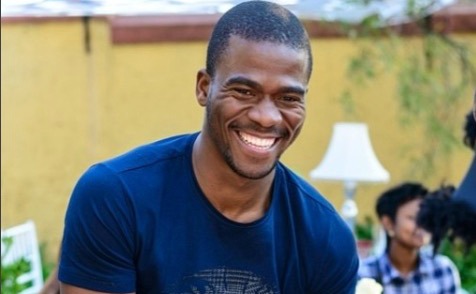 Senzo Meyiwa's murder is being investigated by lobby group AfriForum.
Image: Via Instagram

Lobby group AfriForum announced on Monday that it has appointed advocate Gerrie Nel to investigate the murder of Bafana Bafana goalkeeper Senzo Meyiwa.

Meyiwa was gunned down in an alleged botched robbery at girlfriend Kelly Khumalo's family home in Vosloorus, east of Johannesburg, in 2014.

AfriForum's Kallie Kriel said the group was approached by the Meyiwa family to help them with the case, and is hoping to expose the criminal justice system for all its failures to ensure justice for victims of murder.

Here's his address in five quotes:

Senzo should be here

“As a country at the moment we are in celebration mode, but in this we should also remember those that should have been here to celebrate with us, people who lost their lives to murder. Senzo Meyiwa shouldn't have lost his life.”

We take over where the state fails

Gerrie Nel will handle the case

“We were approached by Mr Sifiso Meyiwa and some family members to intervene and try to solve the murder of the late Meyiwa. We immediately agreed and yesterday [Monday] there was a meeting with the family and advocate Gerrie Nel has been appointed as the family's advocate.”

“We will listen to recordings of interaction that the family had with various role players, where various things were said to them that we believe can be used to try to solve this case. A senior member of the NPA told the family that the witnesses lied and we expect the NPA to act against those people.”

We all deserve justice

“All of us deserve a justice system that will make sure that justice is done in cases where people are murdered. It is important for us to take the stance now. If this means us taking this will be an embarrassment for the criminal justice system, we don't mind that. Maybe it's time. If doing so leads to them upping their game, then this will be worth it.”