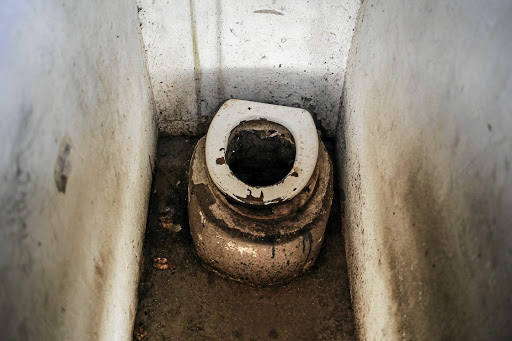 Outa has blamed the National Lotteries Commission for failing to deliver on its promise to upgrade ablution facilities at eight schools in Limpopo.
Image: Alaister Russell

The Organisation Undoing Tax Abuse (Outa) has claimed that millions disbursed by the National Lotteries Commission (NLC) has failed to reach its intended beneficiaries.

As a result, the organisation said, thousands of school children in Limpopo are still without safe and functional ablution facilities.

The NLC hit back, however, claiming that Outa's statement on the issue was riddled with inaccuracies and did not represent the full ablution facilities project funded by the commission.

Outa said on Monday that a report issued to the commission by contractor Zibsifusion detailed the contractor’s progress in March this year regarding the building of ablution facilities at eight schools in Polokwane and Venda.

A school in Vuwani in Limpopo that was rebuilt less than two years ago with a R28.3 million Lotto grant is falling apart because of structural ...
News
3 years ago

It said the NLC awarded R10m to Zibsifusion, a non-profit organisation, to build the facilities in November last year.

“Red flags were raised by Outa because the NLC awarded Zibsifusion R10m to build ablutions in 10 schools and not eight," said Dominique Msibi, Outa's manager for special projects.

Although Zibsifusion received the full R10m in November last year, Outa said little work had been done when it conducted a site visit in May this year to assess the quality and progress of the ablution construction sites detailed in Zibsifusion’s report.

"It was quite apparent by the state of construction that very little work had started ... In fact, most of the construction sites indicated that work had only recently begun - if at all," said Msibi.

"This begs the question: what was the Zibsifusion progress report based on?"

Based on this visit, Outa drafted a report on its findings, which outlined in detail the state of the ablution facilities at the schools and what work had been done since Zibsifusion received the funds November 2018.

Msibi said Outa wanted to expose the appalling state of the ablution facilities at these schools, which should have been much improved, given the money the commission paid to Zibsifusion.

The Eastern Cape education department has given a Johannesburg-based contractor two weeks to report back to site and finish construction at a rundown ...
News
2 years ago

"These projects were funded in response to challenges experienced by schools in the rural parts of these provinces, where the disadvantaged communities still struggle with the basic right to sanitation," said commission spokesperson Ndivhuho Mafela.

He said the Eastern Cape leg of the project had been completed, while Limpopo was currently 80% complete.

Mafela said there was nothing unusual about paying a non-profit organisation to start a project, adding that the commission funded the NPOs to go and source service providers for various projects.

"Our grant-making system is such that after an allocation is approved, the NLC has 60 days within which to make payment. This is prescribed by legislation," he said.

Mafela said the commission had invited Outa on a verification visit of the ablution facilities, with the proposed date yet to be finalised.

"The NLC is taken aback by Outa's lack of faith in their own agreement with us. What is of most concern is that the statement issued is riddled with inaccuracies and it does not come anywhere near representing the full ablution facilities project as funded by the NLC," he said.

"We assure the South African public and our beneficiaries that the NLC remains committed to clean governance."

Government should prioritise the well-being of children in SA instead of tolerating mismanagement and inefficient spending and the looting of the ...
News
2 years ago