Racist Vicki Momberg hands herself over to police 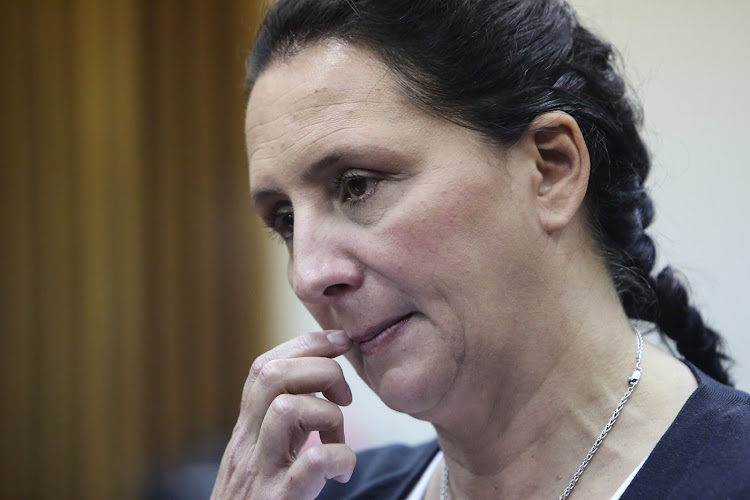 Former real estate agent Vicki Momberg has made contact with police at the Douglasdale station in northern Johannesburg.

Gauteng police spokesperson Brig Mathapelo Peters told TimesLIVE: “Police can confirm that Ms Vicki Momberg on Wednesday November 6 2019, handed herself over to the investigators at Douglasdale SAPS after a brief consultation between the police and her legal representatives.”

“Police have processed Ms Momberg and she will be handed over to the prosecuting authorities at Randburg magistrate's court,” said Peters.

At about 1.15pm, Momberg was in the holding cells at the court.

Her legal team has also arrived at court. She will be represented by advocate Anesh Sukdeo.

The Sunday Times reported at the weekend that she was “on the run”, according to police, even though she had reportedly been staying at her parents’ Krugersdorp home west of Johannesburg for the past three months.

Tweeps think they know where the police should be looking for VIcki.
News
2 years ago

A warrant of arrest was issued on August 1 when she failed to report at the Randburg magistrate’s court after unsuccessfully trying to appeal against her crimen injuria conviction.

Momberg became infamous after a viral video in 2016 showed her using the k-word more than 40 times against police officers and 10111 operators trying to assist her after a smash-and-grab incident.

Her defence rested mainly on claims that she suffered from “sane automatism”, meaning she had limited capacity for her actions because she was so traumatised by the smash-and-grab.

She became the first South African to receive a jail sentence — an effective two years — for the crime.

Momberg served four months of her sentence in prison before being released on R2‚000 bail in August 2018‚ pending the outcome of her appeal.

Vicki Momberg has lost her application for leave to appeal her conviction and sentence.
News
2 years ago

When she tried to appeal at the high court in Johannesburg earlier this year — having fired a sixth legal team and been forced to represent herself — her application was dismissed and she was given a few days to file a fresh application with the Supreme Court of Appeal. Alongside this application she was meant to file an application for special leave to extend her bail, but because she failed to do this, she was ordered to hand herself in.

Four months ago, when the Johannesburg high court dismissed her appeal against her conviction and sentence, Judge Thifhelimbilu Mudau found that Momberg was “quite evidently unremorseful for her conduct”.

“The sentence imposed cannot be faulted. There is no justifiable reason to interfere with the sentencing of the trial court in this case,” the judge said.

In June 2017, a parallel Equality Court process saw Momberg ordered to pay a R100,000 fine, make a public apology and commit to sensitivity training and community service after she was charged by the South African Human Rights Commission (SAHRC) and one of the officers she had verbally attacked.

However, Momberg has yet to do any of this.

A woman was arrested for allegedly verbally abusing a traffic officer in Cape Town over the weekend.
News
2 years ago

Adam Catzavelos to pay off R150,000 fine in deal over k-word slur

Businessman Adam Catzavelos must pay R150,000 in damages for using a racial slur directed at black South Africans, according to a deal he has struck ...
News
2 years ago