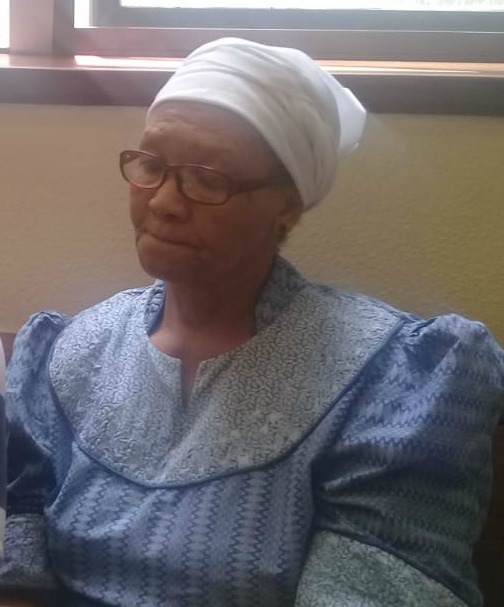 Charges against former crime intelligence boss Richard Mdluli related to a “love triangle” involving his late customary wife and a man she eloped with seem to be falling like dominoes for a distraught mother.

The anguish on the face of Oupa Ramogibe’s mother, Sophia, was undeniable at the high court in Johannesburg on Thursday when the court made a u-turn on a decision to convict Mdluli of intimidation.

The charges related to Mdluli allegedly threatening her and her family. He allegedly told them he would kill Oupa Ramogibe if he did not stop an affair with Tshidi Buthelezi, whom Ramogibe later married.

The about-turn was supported by a Constitutional Court ruling last month that found parts of the Intimidation Act to be unconstitutional. This led the court, which earlier this year convicted Mdluli on intimidation charges, to acquit him of the same charges.

Sophia has watched over the years as Mdluli was cleared through an inquest of charges related to the death of her son. The charges that remain are those of assault and kidnapping.

“I am not happy, my child,” she said outside the courtroom. “I came here expecting that today the matter would be finalised but that never happened and there is nothing I can do about it. I will have to accept it,” she said.

Former Crime Intelligence boss Richard Mdluli allegedly pocketed up to R7,000 a month by renting out his Western Cape home as a safe house to the ...
Politics
1 year ago

Sophia will now have to wait until next year to see the matter finalised. After the acquittal of Mdluli on intimidation charges, the matter was postponed to February 3 2020.

“The thing is, I am now sick. I am also tired of coming here with this matter never ending,” she added.

No one has ever been arrested for killing her son.

Oupa was shot dead on February 17 1999 in the company of police officers as he went with them to point out where he had been shot several weeks earlier while walking in Vosloorus.

It was never established who shot him the first or second time, when he lost his life.

It has been 20 years since then but one feeling that has not escaped Sophia is that of fear.

“I am scared of him,” she said of Mdluli.

When court resumes next year, Mdluli will officially be sentenced for kidnapping his customary wife Buthelezi and her husband Ramogibe. Besides previously being found guilty on two counts of kidnapping, he was also convicted of assault.

Sophia said she hoped to live long enough to see the matter to its conclusion.

Buthelezi died of an illness in 2003.

Crime Intelligence boss Richard Mdluli and two other senior officials allegedly used a 2010 recruitment drive as a instrument to illegally appoint or ...
Politics
1 year ago

The highly-anticipated testimony of former Crime Intelligence officer Col Dhanajaya Naidoo began at the state capture inquiry on Friday with the key ...
Politics
1 year ago