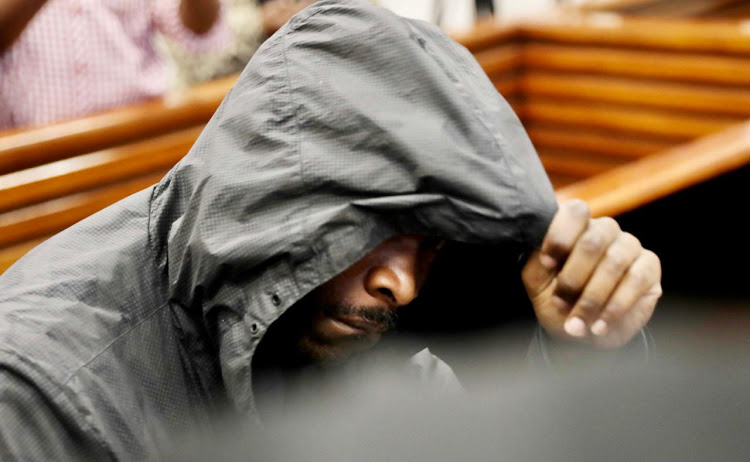 Luyanda Botha, 42, allegedly hid Uyinene Mrwetyana's body in the safe of the post office at which he worked.
Image: Sunday Times/Esa Alexander

After Luyanda Botha allegedly raped 19-year-old Uyinene Mrwetyana and bludgeoned her to death with a scale, he hid her body overnight in the post office safe.

This was disclosed in a summary of facts handed by the state to the court on Thursday.

It also alleged that the 42-year-old man waited until the next morning to transport Mrwetyana's lifeless body to Lingelethu West in Khayelitsha, doused her with an accelerant and set her alight.

Making a brief appearance at the Wynberg magistrate's court on Thursday, Botha lowered his head and tried to hide his face from cameras.

The indictment said Mrwetyana went to the post office on August 8 to inquire about a parcel of clothes she had purchased online. Botha allegedly told her it was not ready for collection.

The parcel arrived on August 16. Mrwetyana went to collect it on August 24 while the post office was closed. Botha was the only person there. He allegedly let her in and locked the door.

“The deceased was not seen alive again,” read the summary of facts. 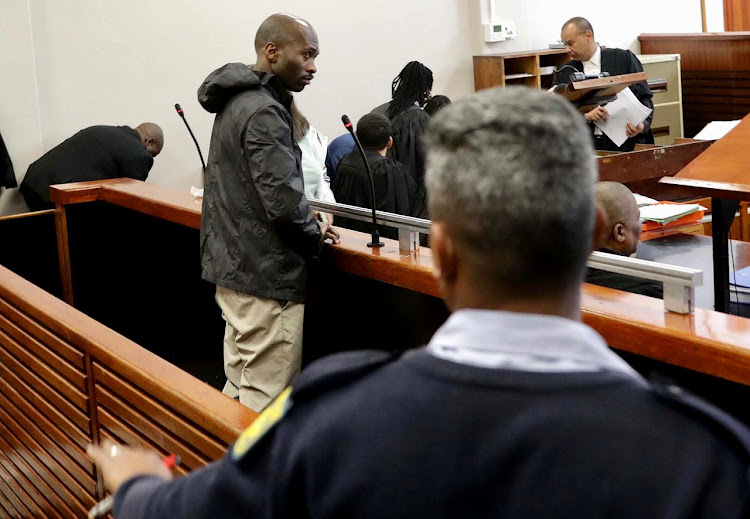 Botha is accused of two counts of rape, one of murder and defeating the ends of justice.
Image: Sunday Times/Esa Alexander

The state alleged that Botha raped Mrwetyana twice. The official cause of death was stated by postmortem results as a “head injury”.

“He then hid her body inside the safe of the post office,” read the summary of facts.

Botha is also accused of defeating the ends of justice by having his vehicle cleaned to destroy forensic evidence.

Magistrate Goolam Bawa postponed the case to November 15 for a pre-trial conference at the high court.

State prosecutor Rodney de Kock said Mrwetyana's family would attend the trial and were “doing well in the circumstances”.

He said they were pleased with the state's efforts to build a case.

Insults were hurled at a former Post Office employee accused of raping and murdering UCT student Uyinene Mrwetyana when he appeared in court on ...
News
2 years ago

The department of social development has released details of its emergency plan to address gender-based violence (GBV) in South Africa.
News
2 years ago

Vice Chancellor for the University of Cape Town (UCT), Professor Mamokgethi Phakeng has vowed to take up the fight against crime after five students ...
News
2 years ago