Water has been restored to Hammanskraal 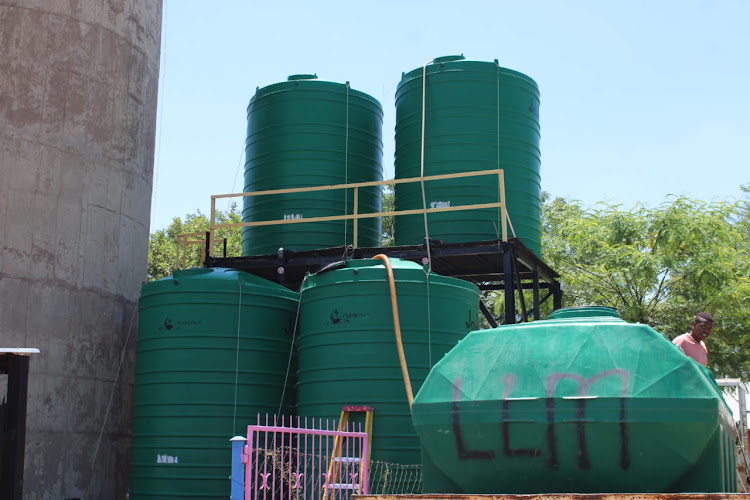 Arrangements had since been made with the SANDF to supply the hospital with water tankers.
Image: Health MEC Bandile Masuku via Twitter

Water has been restored to Hammanskraal after taps ran dry a few weeks ago, the city of Tshwane said on Thursday.

“The water has been restored. We opened the valves on Tuesday and most people had water by midday on Wednesday. “By the end of yesterday, everyone had water,” MMC for utility services Abel Tau said.

Tau said the water shortages in Hammanskraal were a crisis from “day one”.

He also apologised for creating the perception that the city did not care.

Despite water being restored, it was not immediately safe for consumption.

He said they would continue to run their tanker programme for a few more days to ensure that residents have water for consumption.

Meanwhile, the Gauteng Department of Health said on Thursday that the SANDF would supply the Jubilee Hospital in Hammanskraal with water.

The hospital had been affected by the water shortages since October 25.

Department spokesperson Kwara Kekana said the hospital had been receiving water “frequently” through tanks since the interruption.

However, the maternity ward and theatres had been closed and only walk-in maternity patients had been seen at the facility.

Kekana said emergency operations had been transferred to Odi Hospital, with additional assistance provided by sister hospitals in the Tshwane district.

Health MEC Bandile Masuku visited the hospital on Wednesday afternoon to assess the impact the water crisis was having on its operations.

“We acknowledge and commend the hard work being put in by hospital staff during this period. Our priority is to ensure that there is no further interruption of services," Masuku said.

Arrangements had since been made with the SANDF to supply the hospital with water tankers.

Service points that were affected would be operational as soon as running water became available.

Going into the 3rd week without water I Jubilee hospital. Theatre has been shut down, wards are stinking. It's no longer a healthcare center, but a harbor for deadly diseases. Everyone is at risk, healthcare workers and patients alike #HammanskraalWater #HammanskraalWaterCrisis

Water being brought in. The team also showed us a reservoir they just concluded the construction on, it has a 300 000L capacity and can supply water for 4days once there is interruption. We will give an update once we have concluded the site visit pic.twitter.com/JgbzrcSpGb

‘There are even worms coming out of the taps’ – Hammanskraal resident

The water crisis in Hammanskraal, north of Pretoria, is so bad that there are allegedly even worms coming out of the taps.
News
2 years ago

Tests done by the Council for Scientific and Industrial Research (CSIR) found that ground water in Stinkwater, north of Pretoria is unfit for human ...
News
2 years ago