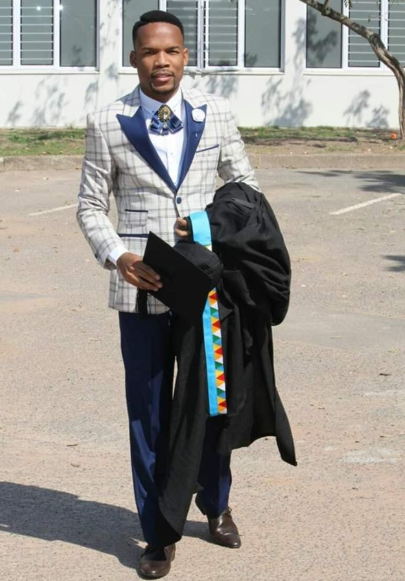 As the unemployment crisis worsens, South Africans this week rallied around a qualified KwaZulu-Natal teacher who said he had battled depression and suicidal thoughts because he wasn't able to get a job years after qualifying.

“My biggest fear from 2017 after my graduation was for my enemies and people who would be happy to see me suffer to learn that I am still unemployed, I am broke and I am suffering,” Nsibande wrote.

More than two years later, he was living through exactly that.

“It's been hard for me to get a job that I am qualified for. I have tried business space, got kicked out by lack of capital. I have tried looking for a job in other provinces, got stuck because of lack of money to cover job hunting costs. I tried network marketing but I was too broke to even ‘fake it, till you make it’. I have been in and out of call centres,” he said.

Nsibande’s story comes after President Cyril Ramaphosa’s interview with CNBC Africa, where he defended his government’s record over the past two years, saying that they’ve done everything they could to create jobs.

“We've been creating jobs on a year-to-year basis but our job creation efforts have not kept up with the number of new entrances,” said Ramaphosa.

According to Stats SA's Quarterly Labour Force Survey, 6.7-million people were unemployed in the three months to September 30.

Unemployment continues climb to worst levels in more than a decade

Statistician-general Risenga Maluleke says a fall in employment in the third quarter was recorded in manufacturing, construction, trade and utilities
Business Times
2 years ago

High declines in employment in the third quarter were recorded in the manufacturing sector, which shed 30,000 jobs; followed by construction at 24,000, trade 21,000 and utilities 18,000.

Besides the burden of unemployment, Nsibande said he also had to deal with knowing how much his family had sacrificed to get him educated.

“My dad left his job in 2015 when I was financially excluded from university because my debt had exceeded R50,000 and reached R70,000. That is probably because I couldn't qualify for any funding,” said Nsibande.

The National Student Financial Aid Scheme (NSFAS) had reportedly rejected Nsibande’s application because the income earned by his father, who was the sole breadwinner, was more than the maximum required to qualify.

“[It] was assumed to be able to pay for my varsity costs according to NSFAS,” said Nsibande.

His father resigned and cashed in on his retirement package to settle Nsibande’s study debt. This meant there was no longer anyone employed in his family.

“It also meant that my diabetic mom will be off the medical aid until I get a job and cover her. The decision was risky but we had no other option,” Nsibande said.

'Employers are people on the move': Man takes to the highway to find job

A man desperate to woo potential employers has put up a flowing banner on the Bridal Veil bridge on the N1 highway in Waterfall, Midrand, to ask for ...
News
2 years ago

He eventually obtained his degree and began his job hunt.

“But it's been two years of going door-to-door in schools, circuit offices, regional, provincial and even national, but no luck ... I even went to Joburg but still, it was difficult to job hunt in another province without any provision to take care of the costs of job hunting ... we all know how costly job hunting is,” he said.

The qualified teacher said over the years, he had had to keep up appearances, making sure that his peers did not know of his suffering but this week, he admitted to needing help.

“[I] am tired of pretending now. I am breaking to see my family suffer every day while I have the qualification that can give me a job that will change my family's situation. I find my happiness in alcohol, memes and jokes on Facebook. Sometimes I sleep on pills. I have had many suicidal thoughts, I have been down and out,” he said.

He begged for those who had the means to help him to do so.

Within hours, the Facebook post had been shared over a thousand times, with many sending him words of encouragement. Others sent job ads, while others gave advice.

Some who had since lost confidence in the SA job market encouraged him to consider teaching abroad.

The following day, Nsibande took to his Facebook page to offer feedback.

“There is nothing tangible yet on the job side, but the hope is being retrieved by your responses, to those who keep on inboxing me offering me ideas, job adverts, to those who write inspirational and motivational messages…

“To those who offered help in a form of cash, to those who are still trying to get hold of certain officials who can help, all the phone calls and WhatsApp texts, and SMS saying ‘kuzolunga’ [it will be fine], some even sending me airtime to be able to make calls and put on data to send e-mails, I am so humbled and I am very grateful.

“I haven't gotten any job yet or been promised anything but this positivity and humanity from the people of SA is a humbling experience for me. I feel there is somewhere and somehow a breakthrough for me. I don't regret anything about coming out of my shell,” he said.