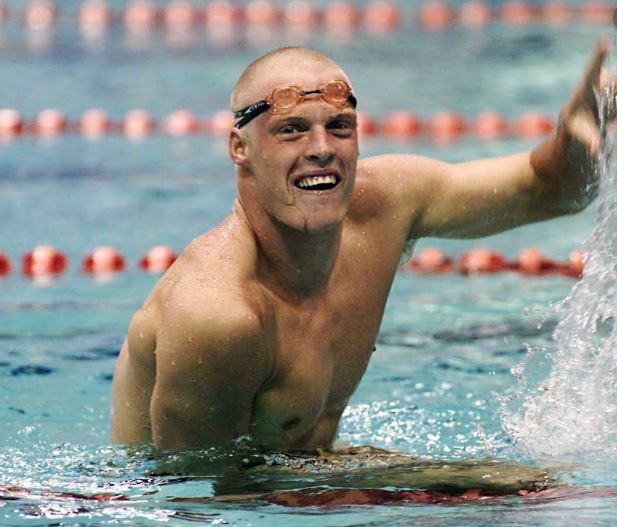 South African swimming Olympian Terence Parkin said he was attacked in an apparent road rage incident on the N3 this week but the motorist involved in the altercation said there were two sides to the story.

On Tuesday, the deaf silver and gold medallist was driving through Free State, on his way from Durban to Johannesburg, when a motorist in a BMW allegedly tried to force him off the road.

The incident, which was captured in multiple videos from Parkin's dashcam, occurred near the Engen Vaal petrol station as Parkin changed lanes to avoid road works.

Parkin, in a statement to police, said: "A man in a silver BMW drove up very fast behind me when I was changing lanes.

"He got angry with me as I was driving too slow for him in a one-lane road (there was construction work taking place). He overtook me when the road opened and went in front of me and blocked me. He then pulled to the side of the road and when I didn't stop he pushed me into the other lane. He then drove off."

Parkin said when he stopped at the petrol station, the motorist was waiting for him.

"He spoke to me but I tried to tell him I was deaf. He carried on speaking to me and then I looked down at my phone to type a message to him and he punched me in the face.

"I was still sitting in the car. I was stunned and got out feeling dizzy. I saw blood on my hand and felt my face to see where the blood was coming from. Because I was dizzy, I reached out and touched his car for balance.

"He then got angry that I had touched his car and said I broke it [and] there is blood on the car. All of this was video recorded and it is shown that I did not break the car. He drove off, then reversed to say something to me and then drove off again."

One of the videos shows the motorist swerving in front of Parkin, while others show him confronting the swimmer in the petrol station parking lot, as he signs into the dashcam about what is happening. The motorist can be heard asking Parkin if he is deaf before he allegedly punches him in the face.

As Parkin gets out of his car with his dashcam in hand, the motorist demands to know why Parkin broke his car before telling him to get in his car and go. The motorist then drives off.

In a WhatsApp message to TimesLIVE, Parkin described the attack as a "shocking experience".

"I have never experienced something like this before. I was trying to tell him I was deaf. He had no patience. He was cross with me before just because I was driving too slow for him, but I was following the road rules.

"I tried to communicate with him via text on my phone but he just punched me while I was sitting in my car."

"There are always two sides to a story. I was on my way to hospital to see my wife who was in an accident. He is the one who drove me off the road. I was trying to get him to stop. When he wouldn’t stop I left him and drove off. I eventually stopped at the garage to buy a coke."

He alleged that Parkin stopped next to his car and confronted him.

"He was not there to buy petrol. He was there to cause havoc. He deliberately stopped next to me to provoke me. The so-called punch is rubbish. He dropped his phone. He started swearing at me."

Posthumus said he only became aware that Parkin is deaf when he got out of his car.

"Would someone just get out of their car and punch someone else for no reason? No-one would just do that. There is a reason something happened and that was he drove me off the road."

He said all he had wanted was for Parkin to stop when he had forced him off the road and caused him to "nearly crash into a truck".

"Accidents happen, and I don’t think he meant to drive me off the road. All I wanted was for him to stop so I could get his details because there was something wrong with my car's suspension.

"If he was a decent person he would have stopped. I know that the truth will come out and people will learn what really happened."

A couple will stand trial for assault after being arrested by Free State police in connection with an alleged road rage incident.
News
2 years ago

"He got me in touch with lawyers and the firm has already informed us that the fees will be paid by Prince Kaybee."
TshisaLIVE
2 years ago

Taxi driver up for attempted murder after 'road rage' shooting

A minibus taxi driver who allegedly fired a shot, wounding a bystander, in an apparent fit of road rage will face an attempted murder charge in the ...
News
2 years ago