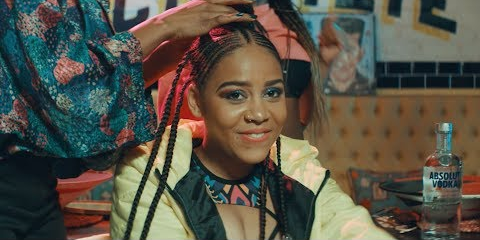 So many good things have recently been happening in SA and for South Africans that it has been almost impossible to keep up.

From the Springboks celebrating their third Rugby World Cup victory to Sho Madjozi meeting her childhood hero John Cena, here are four must-read feel good stories from the week that was.

After weeks of gruelling training and competitive matches, SA's national rugby team conquered its last opponent, England, in the finale of the 2019 Rugby World Cup on Saturday last week.

The team won SA's third Webb Ellis Cup by 32-12, and are currently on a countrywide trophy tour.

Competitive swimmer Chad le Clos scored himself another gold medal in Doha on Friday last week. Le Clos was competing in the 100m butterfly, according to FINA, a federation which administers swimming and other sporting codes.

After the win, Le Clos said: “I'm happy to get the win tonight. A big thank you to the crowd. It's good to be back in Doha. A lot of my success has been built in this pool so I'm very happy.”

He also took to Twitter to thank his supporters.

Another gold last night 🥇🙏🏼🇿🇦 thanks again everyone

One of SA's hottest rappers, Sho Madjozi, received a surprise from her childhood hero, wrestler John Cena, during her performance on The Kelly Clarkson Show on Friday last week.

Sho was interviewed about the hit song and the inspiration behind it before she was asked to perform the song, only for John Cena to surprise her during her performance.

SA-born comedian Trevor Noah and author of Born A Crime made history on Saturday when he became the first African to fill Madison Square during his Loud and Clear Tour.

The venue, which accommodates up to 20,000 people, was filled to capacity.

A clearly overwhelmed Noah thanked his supporters on Twitter for a moment he “didn't want to end.”

Last night was incredible! Thank you to everyone that packed out @thegarden and made it such a memorable night! 🙏🏾 I didn’t want it to end. 📷: @marklashark #LoudAndClearWorldTour pic.twitter.com/kub9J4v1a1