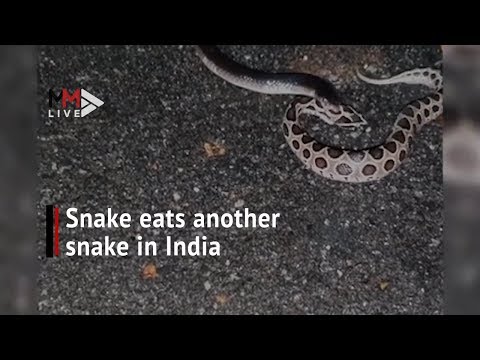 This is the horrifying moment in which a snake eats another snake in southern India, while two men watch in awe.

The incident took place on May 24 2019 in Bangalore, Karnataka state. Footage shows the snakes, identified as a banded krait and a Russell's viper, slithering on the road.

The krait then attacks the smaller viper and clamps its jaws on to the reptile.

The viper tries to escape by attacking the krait, but fails and is slowly devoured.